Bellamy River – A Hidden Gem In the Great Bay Estuary 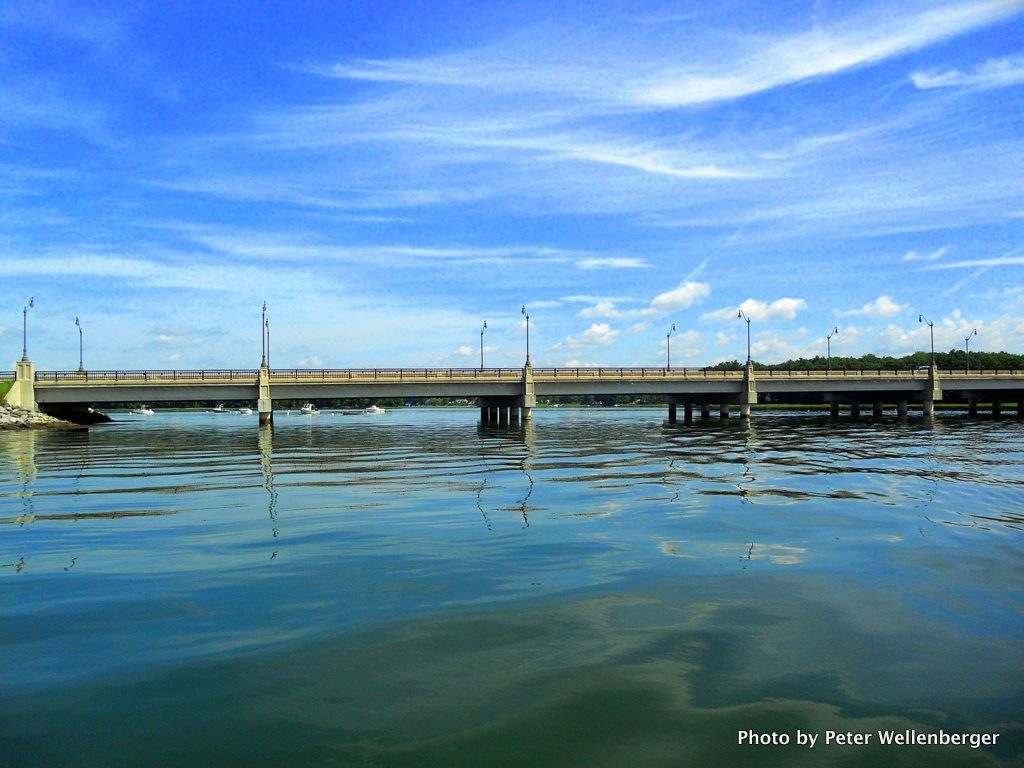 There are seven rivers that drain into the Great Bay estuary, carrying freshwater runoff – as well as pollutants – from fifty-two communities including ten in Maine. The Bellamy River, which flows into Little Bay, originates from Swains Lake in Barrington and flows east through the Bellamy Reservoir in Madbury and then through the City of Dover. Seacoast residents might be most familiar with the mouth of the Bellamy, which flows under the Scammell Bridge on Route 4.

Even though I have been working in the Great Bay estuary for nearly twenty-five years, I had never actually been on the river. Last week, I finally got that chance and was amazed by the lack of development along the shoreline. Starting from Little Bay, we cruised all the way to the former Sawyer Woolen Mills in Dover. Other than the occasional truck noise from the nearby Spaulding Turnpike that runs parallel to the river, the Bellamy offers one of the best wilderness experiences in all of Great Bay.

Wildlife is abundant along the river, in part due to the presence of two large preserves. Located near the mouth of the Bellamy and Royalls Cove is the Bellamy River Wildlife Sanctuary. Owned and managed by New Hampshire Audubon, the Sanctuary consists of twenty six acres of prime wildlife habitat. To learn more about the Sanctuary, visit the NH Audubon website. For a more detailed description of the hiking trails available, go to Hike New England.

Just above the NH Audubon Sanctuary is the Bellamy River Wildlife Management Area (WMA), managed by the NH Fish and Game Department. The area was acquired in early 1990’s using State land protection funds and protects 400 acres of tidal creeks, wetlands, woodlands and fields. Common wildlife found here are deer, pheasant, bobolinks, meadowlarks and waterfowl. You can learn about hiking opportunities by visiting the Fish and Game website.

Fall is the perfect time to hike all of the protected lands around Great Bay including the two areas above. The Scammell Bridge is also a popular fishing spot for local anglers. However, if you really want to enjoy the abundant birdlife along the Bellamy, I would recommend kayaking the tidal portion of the river.

You can leave right from the Scammell Bridge Access Point. You can park on the north side of Route 4 and from here head up river. In addition to great blue herons, you can expect to see lots of other bird species especially as fall migration season begins in September. Keep in mind to always check the tides when kayaking in the estuary. The Bellamy River is best enjoyed at high tide providing easy access to the numerous tidal creeks found along the way.

Exploring the Bellamy reminded me why Great Bay is such a special place. As the overall health of the estuary continues to decline, we need to protect this remarkable resource for future generations. To learn more about my efforts to help rescue Great Bay from further decline, click here. You can also sign our online petition to support clean water in the estuary. 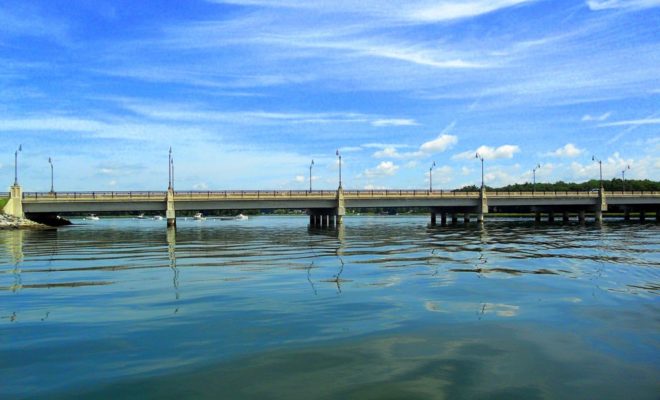