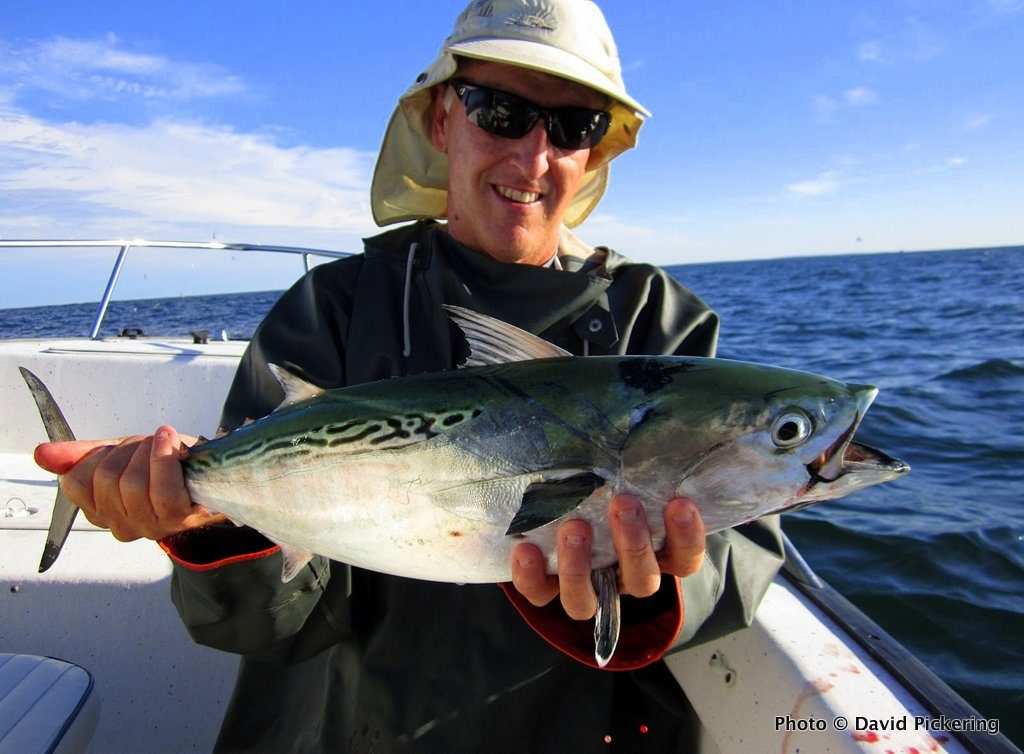 My first False Albacore of the season, and hopefully not the last!

I had been hearing rumors about false albacore here and there along the Rhode Island coastline, but I hadn’t actually seen one until Sunday, September 9. My brother Steve and I went out in his boat in some big rollers and found good numbers of false albacore tearing up the surface as they feasted on schools of bay anchovies. There were lots of fish breaking, but getting them to hit was a different story as it often is with these fish. We were working an area with about ten other boats and I will tell you that we landed four albies and the rest of the boaters got nothing.

How did we do it? The hot ticket for me was the use of a float and fluke rig. This is actually a wooden float in which about three feet of mono is attached and a Zoom fluke is attached to a barbed hook to complete the rig. Cast and pop it in slowly. It is THE deadliest way to catch these fussy fish and will outfish any other lure. (I wrote about this in my recent On the Water story.) I landed three of my fish on this rig. My brother got his fish on a small Deadly Dick, an effective metal lure that many fishermen use.

Photos of False Albacore Have Arrived In Rhode Island 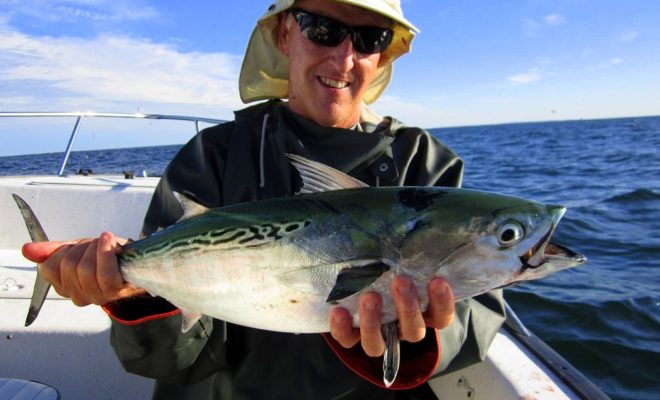 My first False Albacore of the season, and hopefully not the last!