The north winds that we have been anticipating indeed arrived, and with them a moderate influx of migrating birds to our area.

The American Goldfinch is a common backyard bird, and if you’ve kept feeders you’ve likely had some good views of these beautiful birds. This male is currently molting out of his bright yellow breeding plumage and will soon be sporting a more subdued, grayish look.

Particularly exciting was the arrival of a number of southbound thrush, fairly large birds related to robins. The second photo in this series is a Gray-cheeked Thrush, and the third is a Swainson’s Thrush. Though superficially similar in body shape and plumage, note the warmer, buffy tones on the Swainson’s face relative to the colder, grayer color of the Gray-cheeked.

Another common backyard bird, particularly at winter feeding stations, is the Black-capped Chickadee. These hardy little birds remain at some pretty high latitudes during winter, and can survive some incredibly harsh conditions. One of the ways they stay warm through cold winter nights is by huddling together in tree cavities.

A bird that cannot survive cold northern winters is the Ruby-throated Hummingbird, and this little female (who weighed 3.4 grams) is on her way to the tropics. It is hard to believe that some individuals of this species will fly across the Gulf of Mexico on their annual migration, a trip covering over 500 miles of open water! Birds engaging in these marathon flights put on large reserves of fat, and we have seen some hummingbirds nearly double their body weight before heading south.

Not all of our encounters are of the avian variety, and we sometimes have to watch our step around the banding station so as not to disturb these graceful smooth-green snakes. They blend in well with their surroundings as you can see, and eat mainly spiders and insects.

Thus far we have caught over 800 individual birds of forty different species. Migration numbers typically peak here during mid-September through early October, so we expect our daily volume to increase dramatically in the upcoming days. 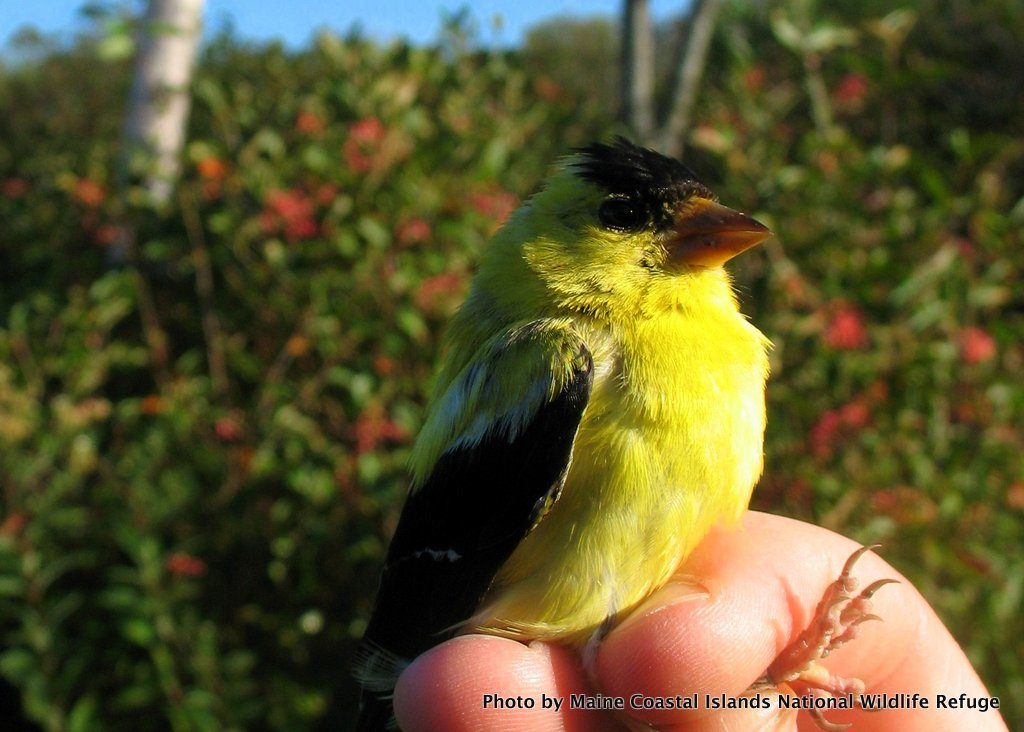 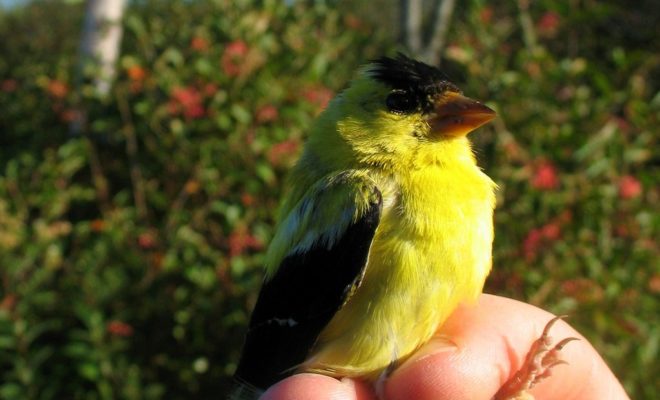