Float to a Fresh Feast on North Haven Island

North Haven Island’s coastline is intricate. Our daysail from Cabot Cove to Kent Cove recently was more than 10 miles over the bottom. Yet, anchored two hours later, we were little more than 3 miles from Cabot Cove as the crow flies. And we had circled less than a third of the big island’s ragged perimeter.

Then, anchored off Fish Point Beach in the Fox Island Thoroghfare (use the USHarbors charting tool to explore the anchorage), and gazing out over East Penobscot Bay, Deer Isle, and Isle Au Haut beyond, I felt our two-hour sail had ended on another coast all together. The anchorage here is on the east side of Fish Point. On the chart, you’ll see the gravel beach and a good-sized basin between Fish Point Ledge and a three-foot mark. There’s good swinging room.

The residents of North Haven are determined people. Having built their own schools, provided their own electric power in a collaboration with their island neighbor Vinalhaven, and created the wonderful Waterman Community Center, some residents are passionate about growing their own food on the island as well. That idea brought us to Turner Farm, easily visible amid green meadows, pastures and farm buildings off our anchored bow.

A farm with a long history, Turner Farm today is a serious sustainable farming operation with a mission to supply a growing demand for local foods on North Haven Island. Despite it being October when we visited, lush greens were still growing outdoors in well-tended fresh beds sowed into ancient southerly facing meadows.

We were impressed by the state-of-the-art systems that the farm utilizes. Their movable greenhouses give flexibility in starting and maintaining crops to achieve a well-extended season. Great thought was given to designing maintenance systems above and below ground so the operation is efficient while the grounds feel very natural.

Tidy fencing keeps a variety of livestock in and out of various pastures and gardens. Organic heaps of mulching stalks and leaves display the simple circle that is organic farming. It’s a walking education for adults and kids.

The new barn, which is also the “stand” where their products are sold during visiting hours, also houses classes and various farm related functions (an upcoming goat cheese makers’ convention was posted during our visit). There is also construction ongoing right now. Turner Farm is growing.

Turner Farm’s website will list their visiting hours (at other times, the operation is very busy and closed to visitors). You may also find their produce for sale at the seasonal Farmers Market in North Haven Village on Saturdays. A contact at the farm told me that Turner Farm may increase visiting hours next year. Be sure to check the website for further updates and events.

Back at the boat, we agreed Turner Farm is a find for boaters that enjoy fresh local foods along the way while cruising the Maine coast. Plan to be in the area during one of their visitor days next season. Drop your hook for a few hours, or if the weather cooperates, the night. Have a feast! 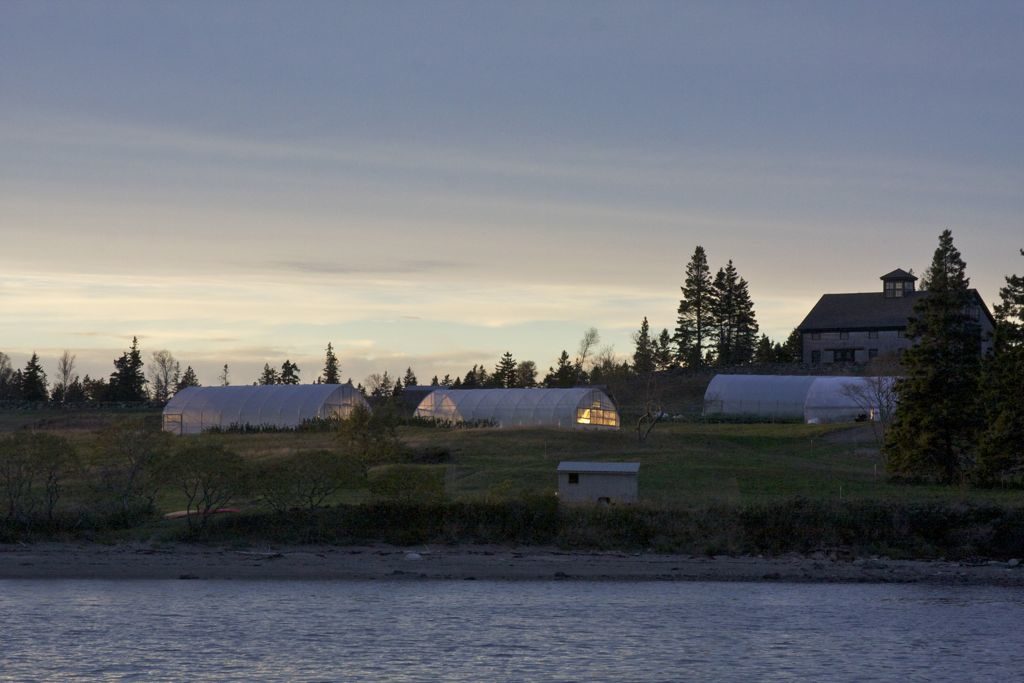 As the October sun sets on Turner Farm, the low sun fills the greenhouses.

Photos of Float to a Fresh Feast on North Haven Island 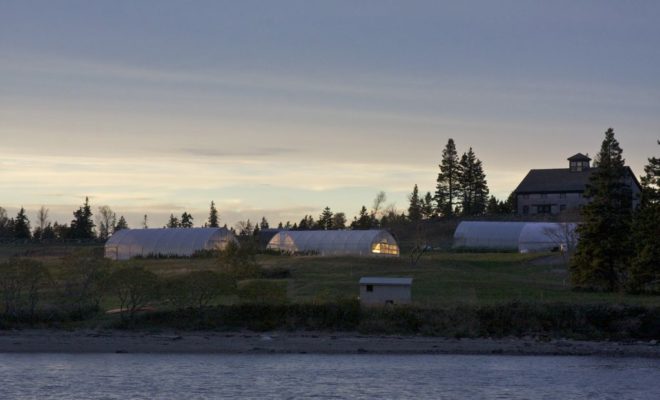 As the October sun sets on Turner Farm, the low sun fills the greenhouses.