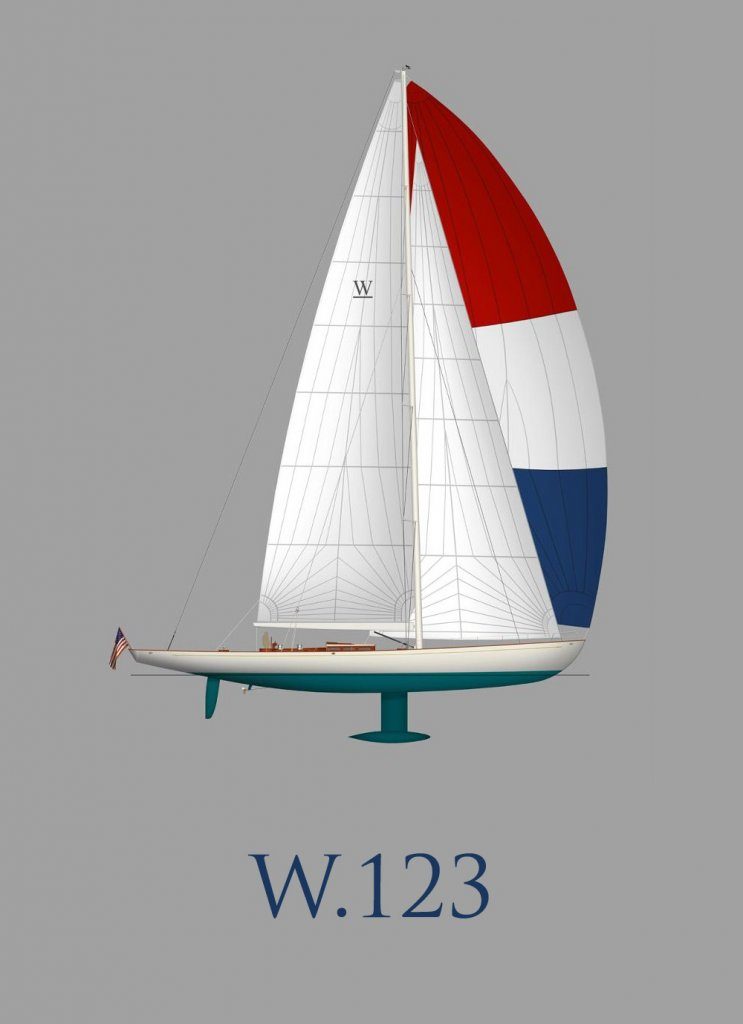 The W.123 will be the largest W-Class yacht built to date.

W-Class Yacht Company is expanding its family of yachts to include 100’, 123’ and 135’ models. The first of the new designs, the W.123, was developed by Bruce Johnson (formerly of Sparkman & Stephens) in collaboration with Rockport Marine Yacht Design. The new racer/cruiser yachts will retain the ‘Spirit of Tradition’ and performance attributes of the existing W-Class Yacht Company’s W.37’, W.46’ and W.76’ models. The W-Class yachts will be built at Front Street Shipyard in Belfast, with support from the shipwrights at Rockport Marine of Rockport and Brooklin Boat Yard of Brooklin.

“I’m eager to move W-Class Yacht Company into its next phase with three designs over 100 feet,” says Donald Tofias, president of W-Class Yacht Company. “In 1997 when I asked Taylor Allen of Rockport Marine and Steve White of Brooklin Boat Yard each to build a W.76, they worked together closely for the benefit of the yachts, a tradition that has continued. Now there’s also Front Street Shipyard, a facility that is large enough and capable enough to accommodate the largest yacht in the W-Class line.”

The first designs for the W.123 version will debut at the 2012 Fort Lauderdale International Boat Show in Front Street Shipyard’s booth, 1319, in the Superyacht Annex. The initial profile drawings reveal a sleek, cold-molded hull with elegant overhangs and a low deckhouse. The W.123 and her sister ships are all based on the late Joel White’s W.76 design, which was inspired by the NYYC-50 (a Nathanael Herreshoff-designed, gaff-rigged sloop that’s 50’ on the water and 75’ long). All three new W-Class yachts will be imbued with classic styling, minimal interiors, and contemporary performance enhancements.

Renderings and designs of the W.123’ will be available for viewing at the Fort Lauderdale International Boat Show in Front Street Shipyard’s booth, 1319 in the Superyacht Annex. Designs for the W.100’ and W.135’ will be available later this year.

Photos of Largest W-Class Yachts to Take Shape in Belfast 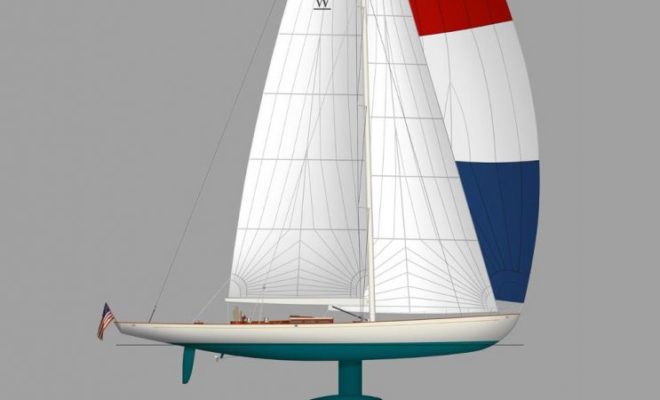 The W.123 will be the largest W-Class yacht built to date.