As Superstorm Sandy barreled up the East Coast at the end of October, a group of planners, administrators, engineers, emergency managers, and scientists in Hampton Roads found themselves in the strange position of postponing a meeting about flooding due to the threat of impending flooding. When the Hampton Roads Sea Level Rise and Flooding Adaptation Forum finally convened in Suffolk in mid-November, the significance of the postponement was not lost on its participants.

In the face of increasing impacts from flooding, localities within the region have recognized the need to coordinate and share best practices. In 2011, Old Dominion University’s (ODU) Climate Change Initiative organized several workshops aimed at facilitating this sharing process.

Now Virginia Sea Grant (VASG) has helped secure funding for a total of four additional forum meetings over the course of the next two years. The forum is cosponsored by ODU and the Hampton Roads Planning District Commission (HRPDC). In addition to bringing together staff from cities, counties, and federal facilities, the project will also include two public meetings and an online system to help local officials continue to share advice and experiences.

Coming through the Floods
After presentations by local experts on the science of sea level rise and adaptation strategies, forum participants at the November meeting had a chance to share their own lessons learned from the storms and flooding events that have affected the region in the past decade, going back to Isabel in 2003.

Local planners and emergency managers have made big changes since Isabel—from efforts to get more information online to help residents understand and prepare for storm events to purchasing military surplus trucks to rescue residents stuck in high water. Most said they feel much better prepared for storms now that they were a decade ago. Local officials from Norfolk cited important lessons learned about parking, street closures, and evacuation notices that help the flood response go much more smoothly these days. Those from Newport News talked about protecting pumping station power sources and regularly cleaning storm drains to prevent backups in case of high water volumes.

Although Sandy’s impacts on southeastern Virginia were thankfully relatively minor, local officials are keenly aware of the bullet dodged by their communities. Many have been closely watching events to the north and taking notes. Some of the biggest surprises from Sandy stem from the sheer size of the storm. Teams of emergency responders coming to the Northeast to help after Sandy had trouble finding places to stay close to damaged communities and facilities because the extent of the damage is so wide. Also, the fact that the storm hit a region with such high population densities and so many urban areas posed unique challenges for power companies as they worked to restore service.

Planning for the Future
After the large group discussions, an afternoon break-out session rounded out the Adaptation Forum. Three groups—focused on emergency management, facilities and roads, and land use and planning—discussed critical needs, as well as topics for future forum meetings. These conversations generated several common themes, including an interest in regional coordination, a desire to discuss strategies for communicating to the public about sea-level rise and flooding, and the need to consider how Virginia’s legal framework impacts adaptation and planning.

The next symposium will be scheduled in spring of 2013 and will continue to provide a venue for local officials to network, learn, and share experiences.

“Often in local government, people get siloed into doing a particular task in a particular department,” says HRPDC’s Ben McFarlane. “We see these forums as an opportunity to cross-pollinate.”

—
Virginia Sea Grant brings coastal and marine science to the Virginians who could use it: http://vaseagrant.vims.edu 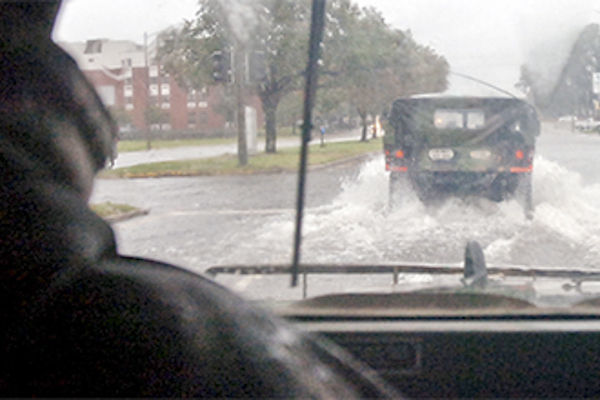 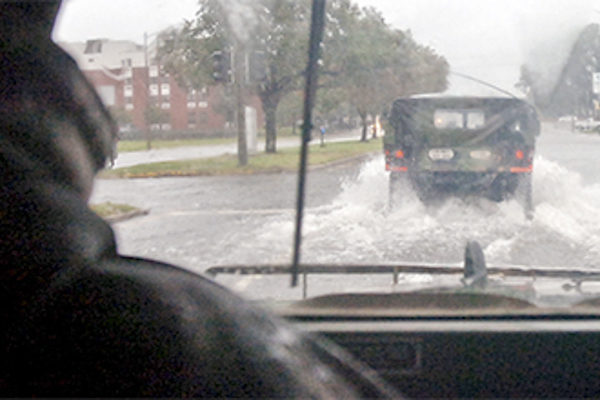