I was into a glut of fish along the south shore on April 29. I was catching mostly schoolies in the 10-24-inch size range. Most were falling for Cocahoes and teasers. I decided to try a swimmer, hoping for something bigger. The swimmer I used was a small 4-inch Bomber with a blue back.

After a few casts I was onto a good fish. Only thing is, this fish was unlike the others I had caught during the same evening. It was ripping drag and was heavy. I knew I had something far bigger than the dozens of fish I had landed to this point.

After tug-of-war battle, I had my first keeper of the spring season in the wash. I estimate it was a fish in the 15-16-pound range and probably went about 32 inches long. It was quite hefty, so it was eating well.

Right now the oceanfront is red-hot. There are lots of schoolies around. Mixed in with the schoolies are occasional keepers along with near keeper fish in the 26-27-inch range (had several of those, too). The spring run is in full swing right now. The oceanfront has been especially hot and the Bay is steadily improving.

The fish have also gotten much more active in the warming waters. I got my fish last week on a Slug Go (see pic) that was fished off a float. I even saw one guy next to me catch one on a Jumpin Minnow. When you have fish coming to the surface to nail a topwater plug, it is a sure sign that the activity level is perking up. With more nice weather predicted for the next week or so, it looks like the coming days should be very good for spring fishing.

While you’re loading your tackle boxes, I wanted to remind you that Bucktail jigs, often forgotten lures these days in our age of plastic lures, are still very effective. In fact, I will catch more fish this year on a bucktail jig than any other lure. In past years I have taken countless stripers of all sizes, bluefish, fluke, black sea bass, large scup and hickory shad on bucktail jigs. The bucktail has often been called the most versatile lure in saltwater.

In the spring I like to go small with the bucktail jig when targeting schoolies on light tackle. I favor a flathead or Upperman style homemade jig in sizes from 1/4 oz. up to 3/4 ounce. I like an all white bucktail tied with red thread. I always add a curly tail to my jig for added action.
The bucktail is one of those must have lures in your surfbag for springtime striper action. They will catch lots of schoolies as well as an occasional keeper. 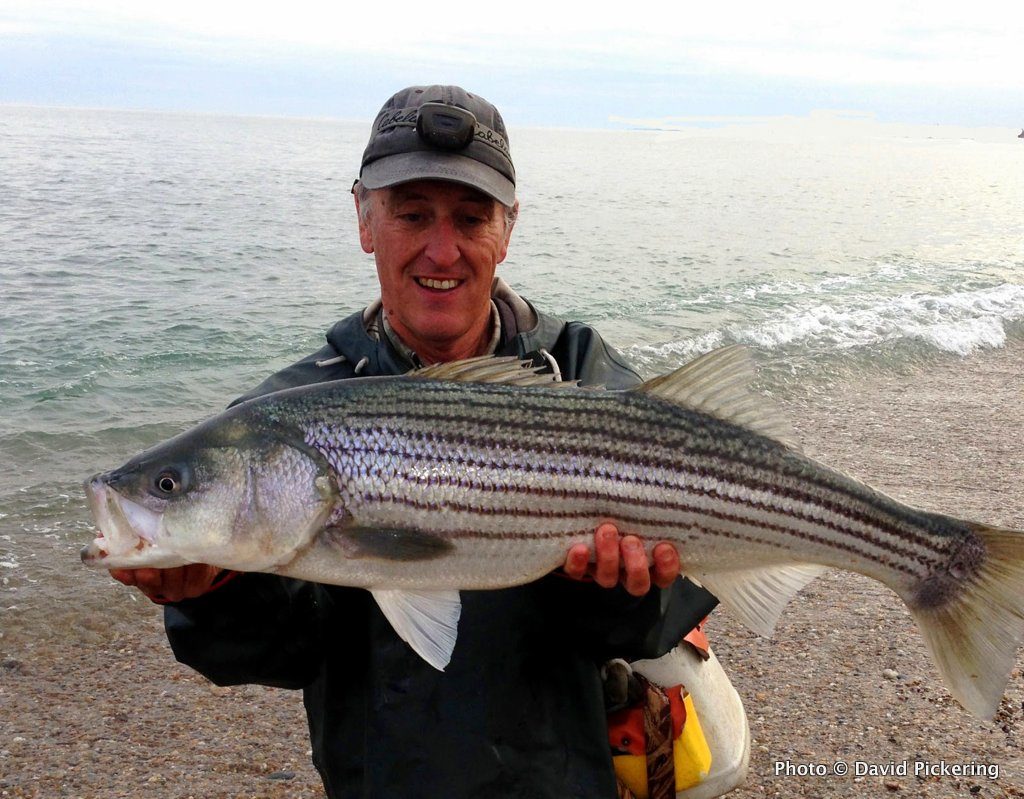 Posted May 1, 2013 by David Pickering & filed under Fishing. 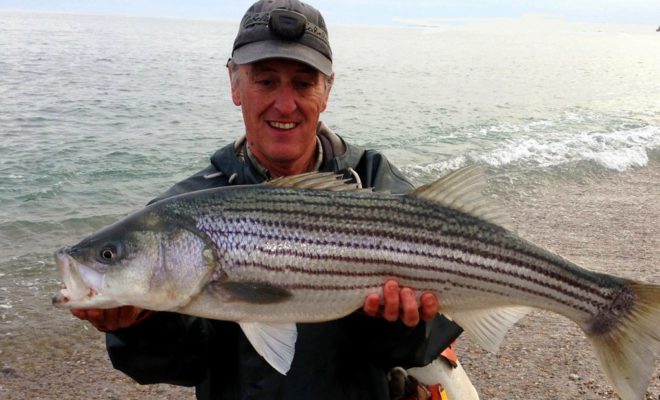