The running of the 3rd Annual Rockland-Castine Regatta, hosted by the Rockland Yacht Club, kicked off Saturday, July 20, with 32 boats registered. The race is pursuit-style, where the slowest boats start first and then the faster boats set off in pursuit with the time delay between classes of boats being determined from their handicaps. This format appeals to a wide range of sailors with varying skills, including single-handed, family with kids, double-handed, husband and wife team, and the more serious PHRF racer.

On Saturday, the race kicked off in Rockland with sunny skies and a warm, steady 10- to 20-knot west-southwest breeze that was consistent throughout the race. The building breeze continued as the racers finished outside of Castine. As planned, groups of boats finished within seconds of each other. First to finish on Day 1 was Panacea, a Freedom 32, in the shorthanded division. Skippered and crewed by Peter McCrea, Panacea finished almost 10 minutes ahead of the first boat. Keemah a J/105 in racing class two, was the next boat to finish, closely followed by Cats Paw and Migis Magic in racing class three. It was not the day for the big boats, as they were never able to catch all the way up to most of the smaller boats.

Crews, skippers and volunteers then enjoyed a delicious dinner and a live band at Dennet’s Wharf Restaurant.

Sunday started off with light air that continued to build to about 10 to 15 knots. The wind was shifty, which allowed the larger boats to catch up and the first boat to finish was racing class 1 boat, J’ai Tu, a J/35 owned by Gary Bennett and skippered by JB Turner. The second boat to finish was Kaos, a Frers 41′ skippered by Scott Smithwick, closely followed by Beausoleil, a Beneteau 456 skippered by Richard Parent.

Keemah, owned by Don Logan, won overall by 1 minute and 35 seconds over Kaos. Both boats won their respective divisions. Congratulations to Keemah on a second consecutive overall win of the Rockland-Castine Regatta.

Later in the day, the racers gathered under the tent of the Rockland green for an awards party and shared stories and memories of the fullfilled weekend.

Check out all the results by clicking here.

See photos and comments by liking and checking out the event Facebook page by clicking here. 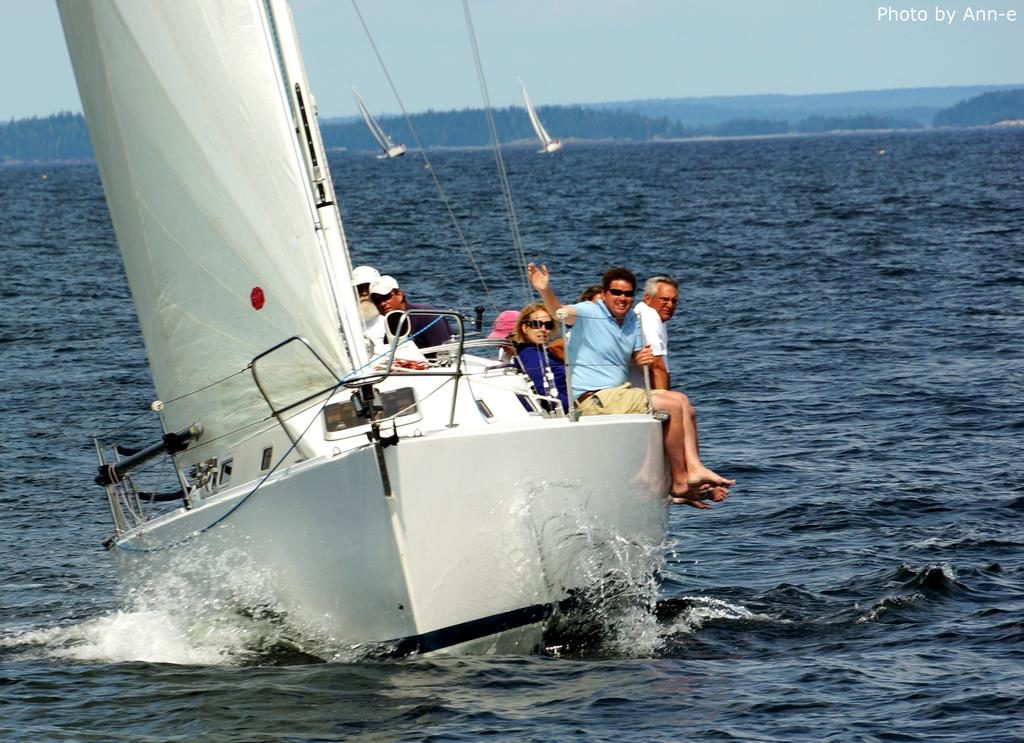 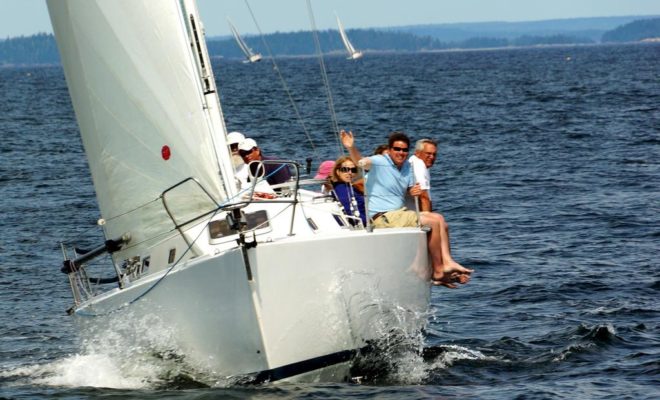