Maine is fortunate to have more than its fair share of traditional sailing ships, but gathering them all together in one harbor can be quite a chore (many of this historic vessels do not have inboard power). For the past several years, the folks in Camden have managed to do just that over Labor Day Weekend, luring the schooners and their crews to the stunning harbor halfway up Penobscot Bay for a weekend of festivities. The Camden Windjammer Festival is a once-in-a-summer weekend for the crews, but what makes this event special for landlubbers is the opportunity to enjoy the windjammers up close without shipping out for a week or so.

The activity begins in earnest on Friday, when eighteen schooners squeeze their way into Camden’s busy inner harbor. This is one of the busiest harbors in Maine on any weekend, and when you start maneuvering 100-foot ships in among the megayachts and daysailers already moored in Camden, it gets downright exciting. Somehow the Harbormaster and an armada of volunteer tugboats manage to get all the ships rafted together, as Capt. Jim Sharp narrates the arrival of each one.

Once the windjammers are settled, the evening’s festivities include a talent show in Harbor Park, an ensemble performance on the custom-built stage at the head of the harbor, and finally fireworks over the outer harbor. If you want to get a feel for the way Camden and scores of other ports looked during the grand age of sail, Friday night is the time to be “Where the Mountains Meet the Sea.”

But even though some of the windjammers depart for their homeports on Saturday, the festivities stay in high-gear all weekend long, with a maritime crafts fair at the Public Landing, a dog show, crate race, and Build-a-Boat competition. The Camden Windjammer Festival is the best opportunity not to just tour the schooners that ply the Maine coast, but to meet the crews, taste the flavor of life under sea, and decide for yourself if it’s time to cast off the mooring lines and head over the horizon yourself. 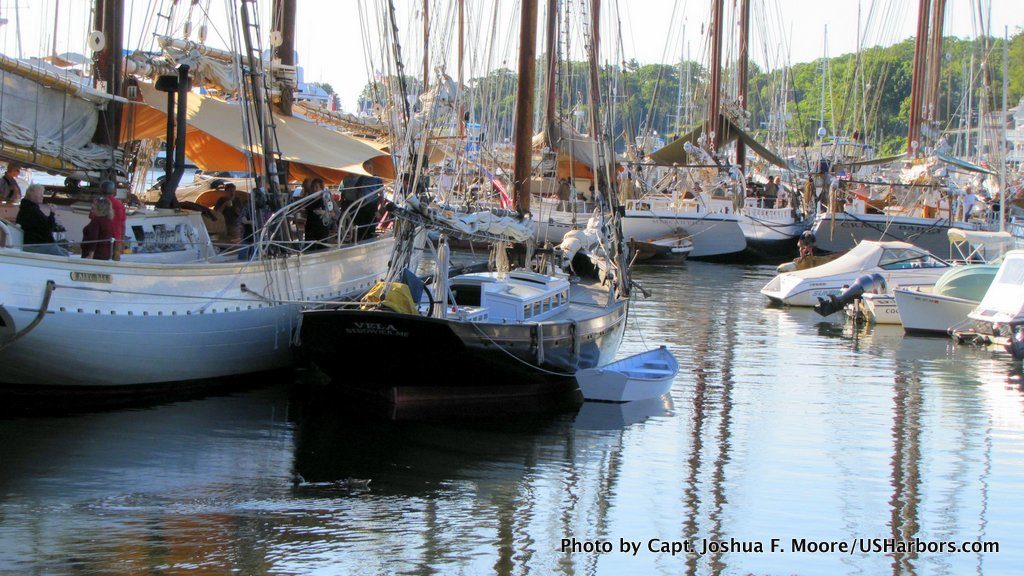 The Camden Windjammer Festival is a great opportunity to mingle with schooner crews and tour the visiting and local ships.

Photos of Fleets, Fireworks and Fun: Windjammer Weekend in Camden 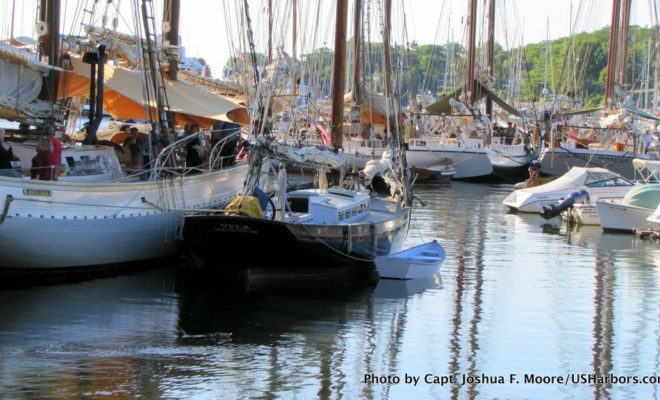 The Camden Windjammer Festival is a great opportunity to mingle with schooner crews and tour the visiting and local ships.