Saturday, August 17, started out warm and sunny. Portland Harbor was calm, but not for long! Over 110 boats, including sailboats of varying lengths, lobster boats with super-fast engines, and large, powerful tugboats invaded the harbor for the weekend. The MS Harborfest event kicked off on Saturday morning with a parade of sixty boats followed by the MS Regatta, a race out Hussey Sound in 12+ knots of breeze. The day’s celebrations wound down with a post-race party with awards, live band, and a delicious lobster bake.

For the results of the 2013 MS Regatta, click here.

On Sunday morning, runners participated in a brisk 5k road race, 50+ lobster boats raced each other across the harbor with speeds reaching up to 30 knots, and festivities concluded with a tugboat contest, where tugboats butted bows in a test of strength.

The MS Harborfest, a three-day event in Portland, is the major fundraiser for the Greater New England Chapter of the National Multiple Sclerosis Society, and the successful 2013 weekend event raised over $100,000. The primary mission of the MS Harborfest is to raise fund to help create a world free of multiple sclerosis for people who live with the unpredictable challenges this disease can bring. MS hits Maine especially hard, with a 70 percent prevalence than the rest of the country. Without the generosity of area businesses and individual sponsors, this mission would not be possible.

The 2013 event drew plenty of media attention, just as MS Harborfest does every year. Click the headlines below to read stories that appeared in the Portland Press Herald:

Rising sails in Casco Bay and raising money for a worthwhile cause.

MS regatta, fun for a worthy cause.

We hope you will join in the festivities or volunteer for Harborfest 2014, helping us in the fight against MS.

—Story and photos by Ann-e Blanchard
GMORA and MS volunteer 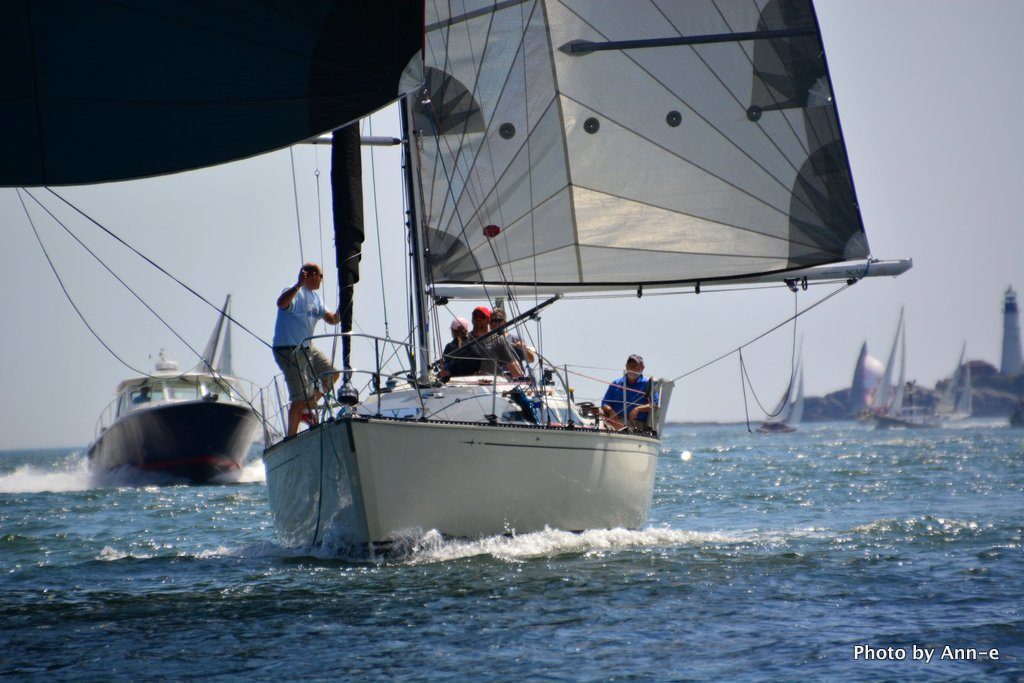 SCARPA drag races through Hussey Sound during the 2013 MS Regatta. She placed third in racing division 2.

Photos of Racing for a Cure: Portland’s MS Regatta 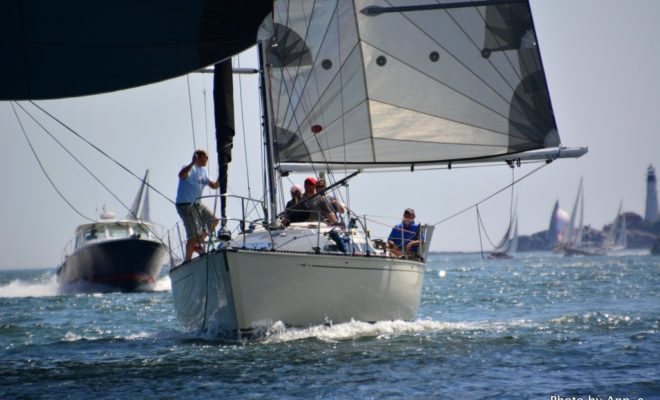 SCARPA drag races through Hussey Sound during the 2013 MS Regatta. She placed third in racing division 2.