At Night, Shore Fishermen Stand a Chance for Stripers

Thursday, October 3, was a weird day from shore. I got down to the oceanfront in late afternoon. In the first spot I stopped at there were several big schools of stripers way out and well out of casting range. For two hours these fish were on the surface eating away just teasing the few of us on shore. Once in a while, they would come in close enough for my son, Ben, to reach them with his ten foot rod. He landed several schoolies on the float and jig while I got nothing.

On cue, everything disappeared at dark. However, I decided to stay and try into the night. I used a 9-inch, black, skinny Hogy with a black Deceiver teaser rigged ahead of it. In the past, this has been one of my go-to rigs at night. Well, it worked like a charm as I began getting hit after hit, sometimes two or three hits on a single cast. I have no idea what the fish were doing, but they were not getting hooked! I must have had twenty hits before I landed my first fish, a schoolie, on the teaser. I landed quite a few more fish after that, with half falling for the teaser and half on the Hogy.

Earlier in the week, I had slugged it out all afternoon into the night in a number of locations and landed one lone schoolie at dark. There was practically no one fishing and for good reason. Shore fishing has been poor. Yet, if you ride around and scan the ocean’s surface way out with binoculars you can find birds diving here and there and an occasional fish breaking way out. I have spotted fish way out on just about every outing, including today. Everything — birds, bait, stripers, and blues — are way out and not close to shore. I have friends who have been fishing in boats, and they all report good and consistent success along the oceanfront from Narragansett to Charlestown. However, I also know a lot of fishermen who have been fishing from shore and they all report fair to poor fishing. They all complain that there is little bait near shore and very few blues and stripers except for occasional schoolies.

So, maybe the key to catching those daytime fish that seem to hold way out is to fish after dark. Clearly, on October 3 those fish moved close to shore with darkness. 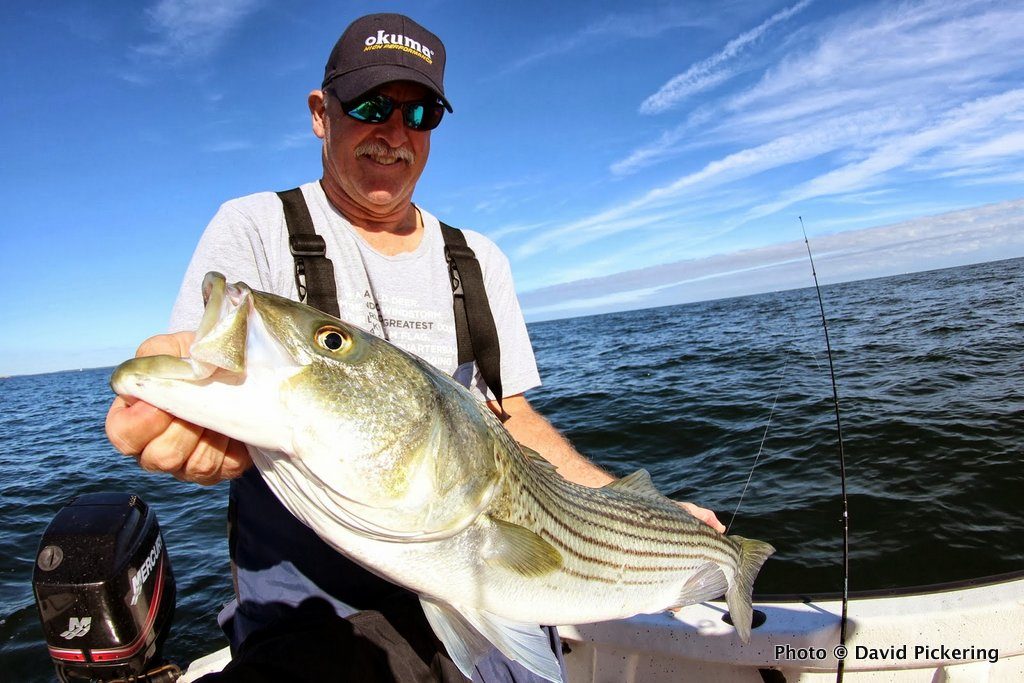 Bait, birds and stripers still all seem to be all hanging way out and well out of range of surfcasters — except at night!

Photos of At Night, Shore Fishermen Stand a Chance for Stripers 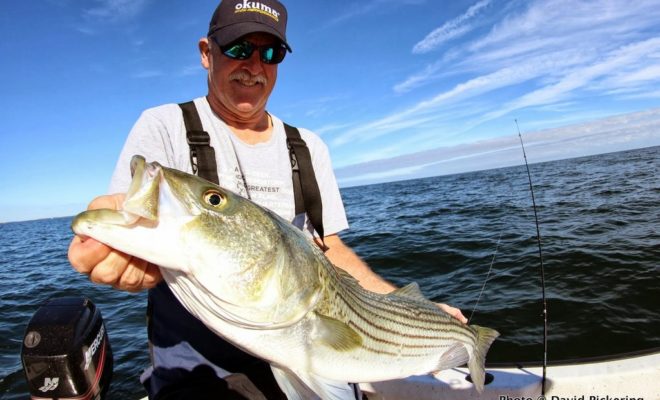 Bait, birds and stripers still all seem to be all hanging way out and well out of range of surfcasters — except at night!