When most people think of sailing in Camden, they think of the harbor and Penobscot Bay. But Megunticook Lake, just inland, offers a pretty fine sailing venue as well, especially when autumn makes venturing outside Camden Harbor a particularly brisk affair. The lake has two recently rebuilt launching ramps, one off Route 52 and one off Route 105.

Last weekend a group of twelve sailors, five kayakers, two paddleboarders, and several canoeists gathered on the lake for an annual informal race called “Polly’s Folly Fall Regatta.” The most serious competition was in the Laser fleet, but two Bluejays and a GP14 competed for honors in the sloop division. The weather was incredibly sunny and warm. Some of the racers and spectators even went swimming afterwards! 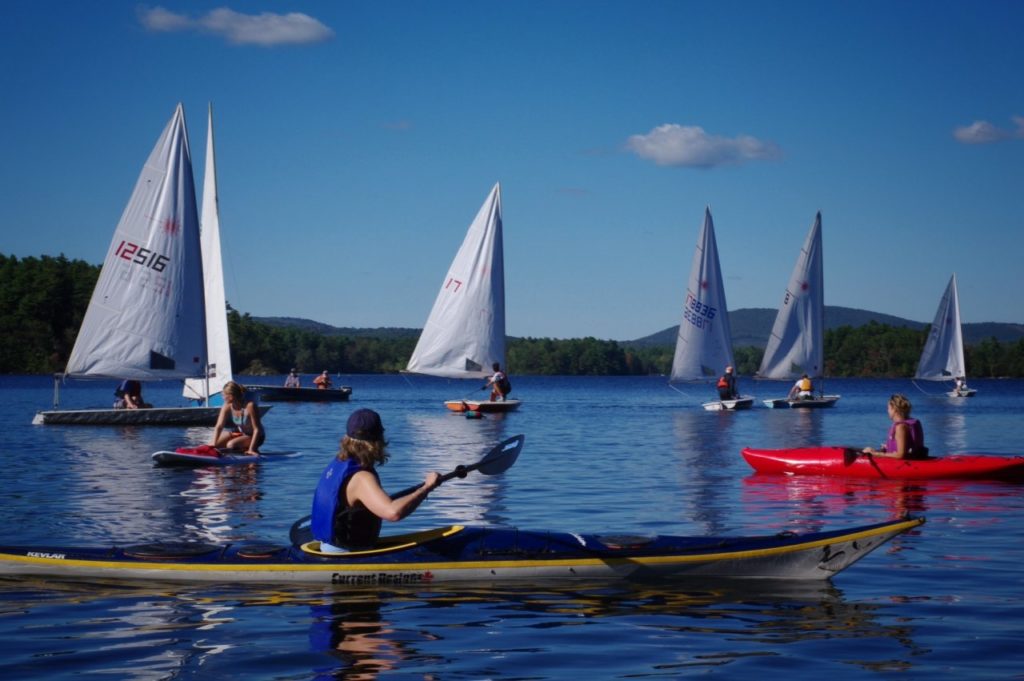 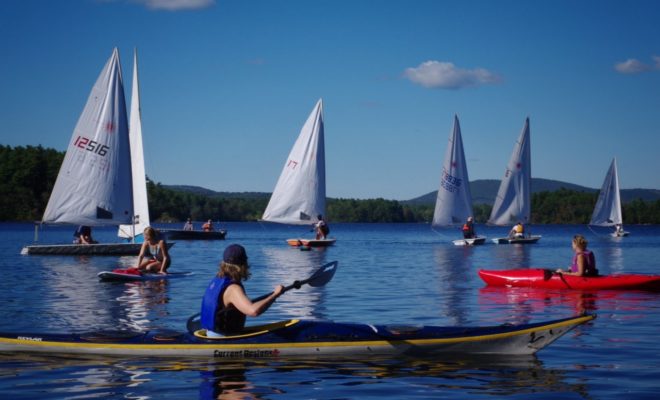