Where Are the Boats? NJ Slowdown Persists Long After Sandy

A beautiful weekend day, and instead of a steady stream of Snowbirds heading south, I’ve seen just two boats — one of them under tow by my friend Rich at Tow Boat US. Much has changed along the Jersey Shore in the year since Superstorm Sandy paid us a visit, and the lack of boaters this fall is yet another sign that life here is hardly back to normal.

This Associated Press article that appeared on October 19, 2013 in The Press of Atlantic City captures the current state of affairs here:
“A massive cleanup of debris that washed into New Jersey waterways after Hurricane Sandy is nearing an end. The state says the cleanup will end October 30th, a day after the anniversary of the deadly storm. So far, more than 101,000 cubic yards of debris have been removed from lagoons, bays, rivers, and the ocean. That’s enough to fill more than 50,000 full-sized pickup trucks.”

Where are all the boats usually seen on New Jersey waterways? Both transients heading south for their annual pilgrimage, and striped bass fishermen, fanatics about fall fishing, are missing this autumn. Superstorm Sandy (Sorry, Associated Press, the storm was not a hurricane, so named Superstorm) took its toll in boats, homes, and a way of life.

Boats headed south for the winter are by-passing quaint towns where they might have spent a night, even well dredged and maintained Farley State Marina in Atlantic City, for a direct run to Cape May. Gas prices do not seem to have dropped. Missing are the comfortable trawlers and fully packed sailboats of years past, many of which traveled in small groups.

The main reason for by-passing New Jersey is probably worry about a debris-clogged ICW and sand-filled inlets.

Homes being raised or torn down have no room for boats in driveways, nor have frustrated homeowners who only want their lives to get back to the new normal. Insurance money is slow to come through, and government loans and grants are proving almost impossible to get in spite of the hype months ago. In short, boat insurance money for the past year has been used for homes, not boat replacement. So many coastal residents are still hearing the government adage, “Yea, you seem to qualify, but there just isn’t the money right now.”

It is estimated that New Jersey boating is down 60 percent or more. Boat dealers have had an extremely slow year. Many marinas remain unusable; owners have had to pay for their own repairs, or are less than half-full. Those directly on the North–South passage miss their annual fall visitors.

The Associated Press article concludes:
“An effort to dredge sand and mud from waterways will continue into the fall. So far, more than 360,000 cubic yards of Sandy-related sediment have been removed from waterways. In some places, it is being placed back on the beach to help rebuild dunes and natural coastal defenses …”

2014 has got to be better. Everyone hopes to see boaters cruising through New Jersey waters come spring, and local mariners replacing their destroyed boats. 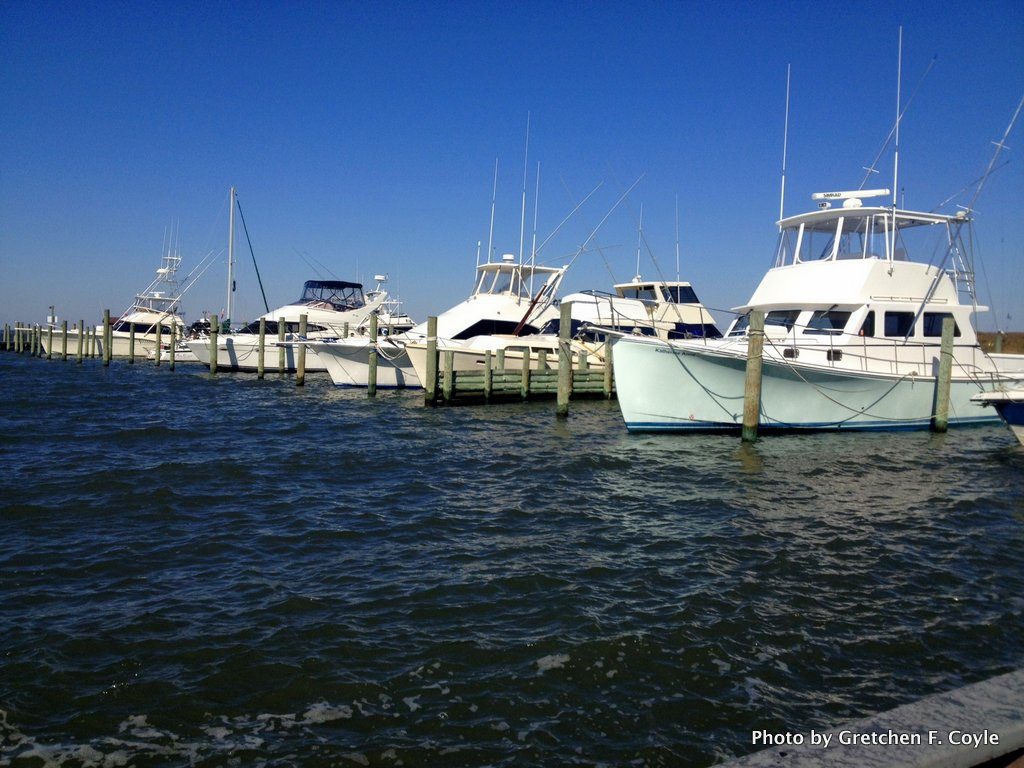 Every other slip appears empty as marinas suffer in the year since Superstorm Sandy.

Photos of Where Are the Boats? NJ Slowdown Persists Long After Sandy 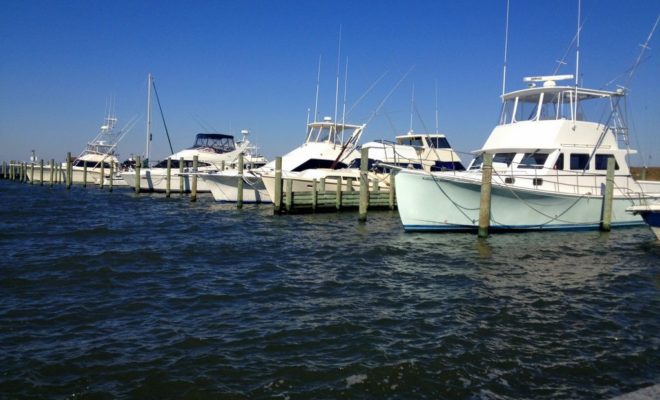 Every other slip appears empty as marinas suffer in the year since Superstorm Sandy.