It happened again last weekend with a big bass my son Jon caught. Just out of the blue, a school of menhaden came ashore right where we were fishing. Jon snagged a pogy, let it swim around, and with a few minutes the line was ripping off with a cow charging seaward. Don’t think for one minute that he could have caught that fish on a plug! When large fish, whether blues or stripers, are on menhaden, that is what they want. A plug is usually not even a consideration. Do yourself a favor and pack a snagger or two in your surf bag.

But don’t think for a second that just packing a snagger will lead to fish galore, especially right now. We are in a major lull, especially when describing the daytime fishing from shore. It has been really dead along the oceanfront in the last week. Those big schools of bait (bay anchovies) that were around several weeks ago are gone, and with them the abundant schoolies have also left. As far as bluefish …. there are NONE. I’ve gotten only one blue since Sept. 1.

On a somewhat positive note, there are fish to be had after dark, though I am seeing very few fishermen trying after dark. I have not been catching lots of fish, but I have been getting some keepers after dark along with occasional schoolies. For instance, I fished all over on October 28 and found absolutely nothing in the daytime. After dark I landed one 30-inch keeper on a Daiwa SP Minnow. It was my only hit that day. Two days earlier I landed three hefty schoolies after dark on swimmers. Several days ago my son Jon landed a big fish at dark. So, in my mind the nighttime fishing is worthwhile, though not great. 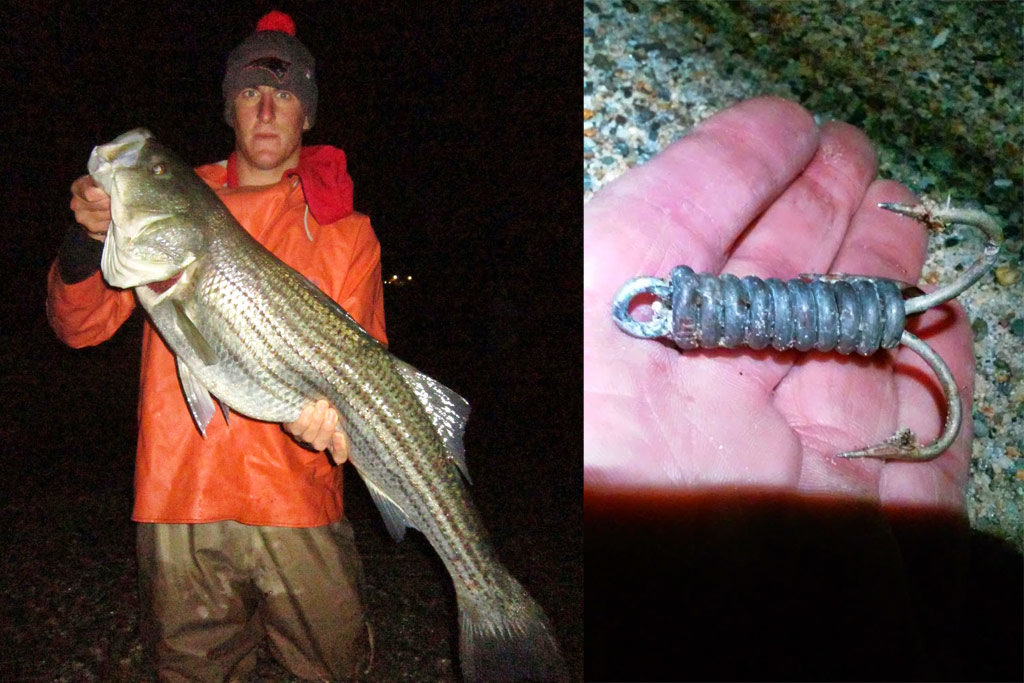 A snagger has proven to be a key piece of tackle for every striper fisherman, especially in late fall.

Photos of Key Tackle for Every Striper Fisherman’s Surf Bag 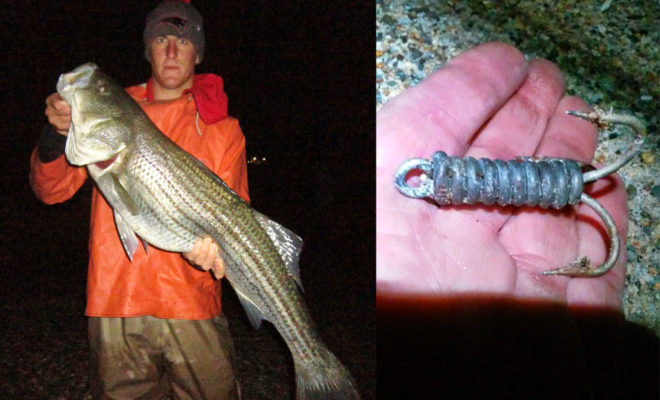 A snagger has proven to be a key piece of tackle for every striper fisherman, especially in late fall. 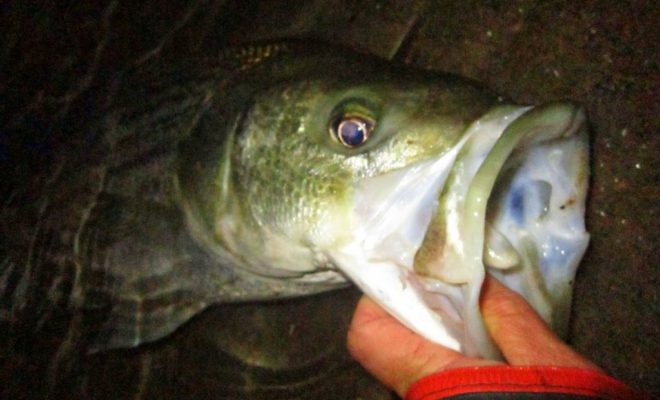 Just one fish, but it was a keeper that was taken after dark. Recently the nighttime fishing has been better than the day. 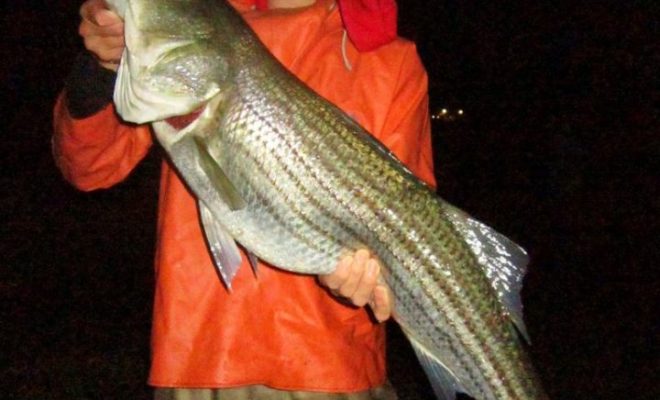 This impressive striper was landed on a snagged menhaden. 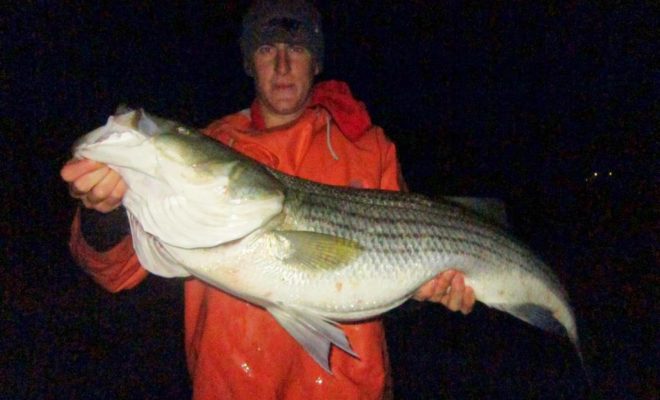 Jon Pickering holds a real good fish that was caught from shore on a snagged menhaden.