The History of Seine Fishing

Beach seining is an activity that involves pulling a long seine through the water of an adjacent beach. A seine is usually manned by two people, one on each end of the net. With smaller nets, and where allowed, one person can anchor an end to the beach and swing the other end through the water and back around to meet the anchored end. With longer nets, you may opt to have “middle men” to help bring the net in, especially if you have a large catch.

The history of seining dates back thousands of years and is quite fascinating. Seine nets were made from natural materials and were used to catch food to feed families. The earliest nets were made from flax, reeds, grasses and other threadlike plant materials. The oldest known net, dating back to 8300 BC, was found in the ancient city of Andréa, Finland (now Kaemennogorsk, Russia). This net was made of willow, was approximately 98’ long, 4’ deep, with a mesh of approximately 2”.

Found within some Egyptian tombs, there are depictions of men using nets.  Nets are also mentioned in the written historical documents of early Rome and Greece.
Nets are widely used all over the world.  The recent, and much needed, conservation efforts have resulted in many new regulations for seine netters and bans on some types of nets in some regions; however, by giving back to and protecting our oceans and rivers, the use of nets for fishing should live on for many generations to come.
Native Americans living along the Columbia River would construct their nets with spruce wood fibers or grasses.  They would use large stones tied to the weight line and cedar sticks along the float line.  The sticks would not only help to keep the top of the net afloat, but the clatter of the sticks would frighten the fish, which would aid in getting them caught in the net.  In 1895, a technique was devised to pull their seines with horses, a practice that was outlawed in 1948.

During the two annual shrimp runs in Georgia, seining from the beaches offers great catches of large shrimp.

Jekyll Island
All beaches on Jekyll Island allow beach seining, but please be aware of turtle nesting zones. ​Driftwood Beach, which is east of the Jekyll Fishing Pier and St. Andrews picnic area are great places to seine.

St. Simons Island
Seining on St Simons Island is best on the beach area west of pier.  Be aware of the tides as there is no beach here at high tide.

This article and images are reused with permission from our friends at Bountiful Seines. 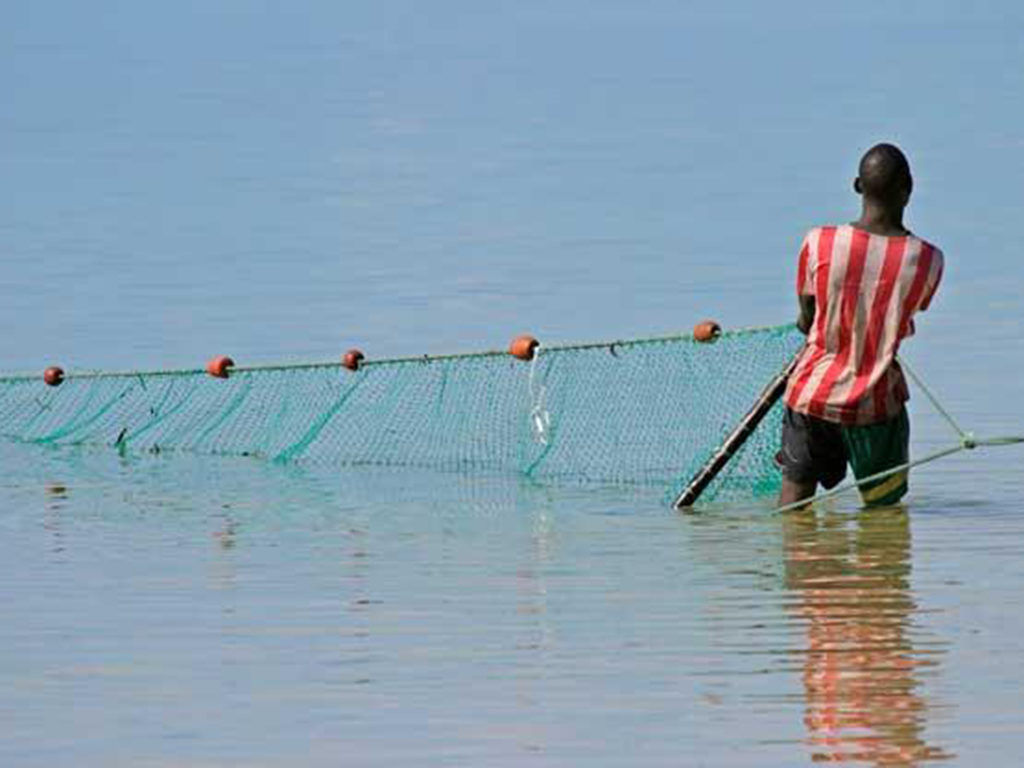 Photos of The History of Seine Fishing 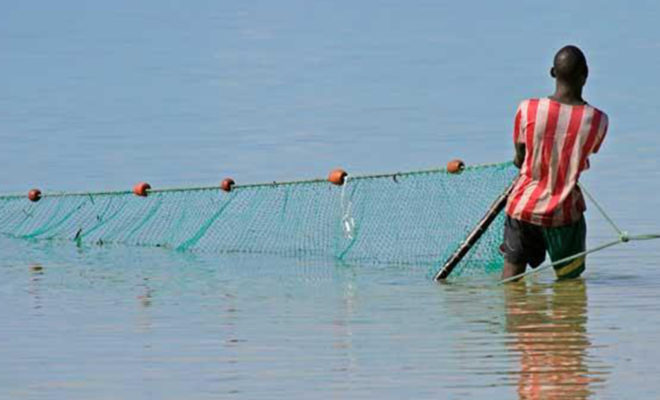 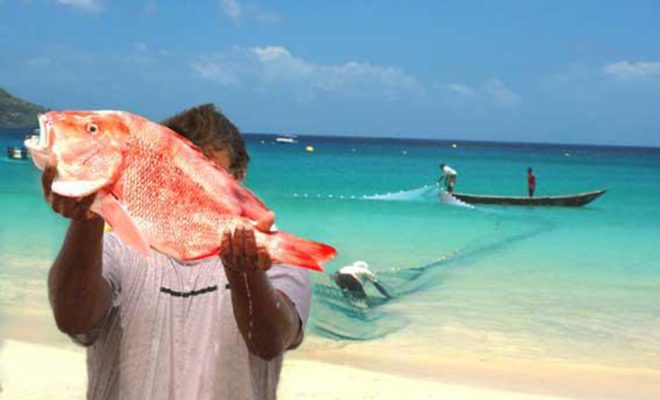 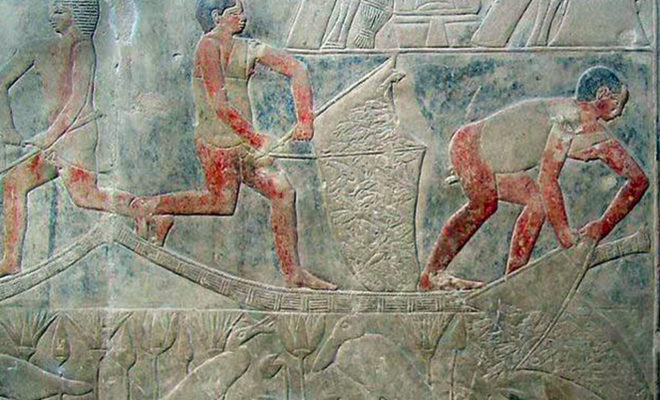 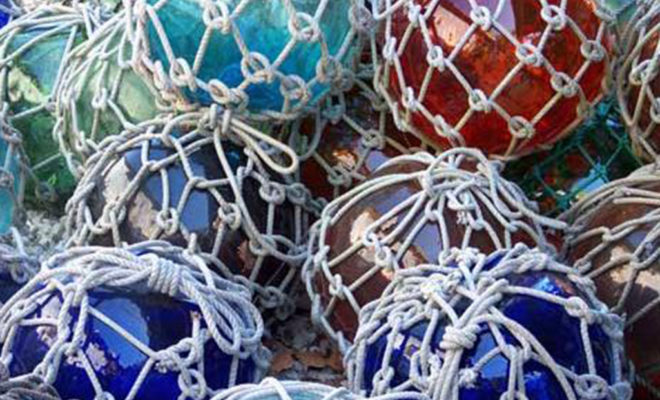 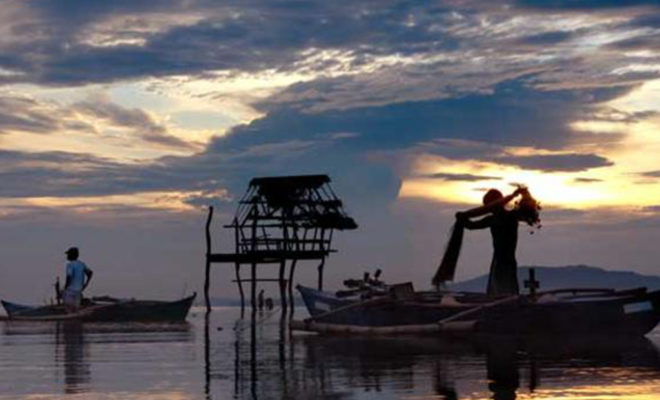 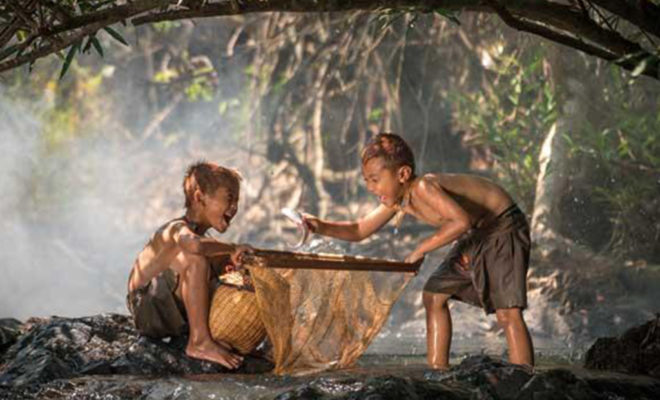 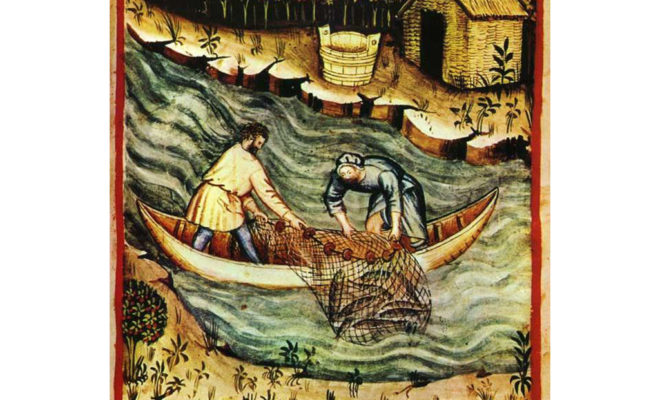 Two boys using a net in a river in Asia, present day. 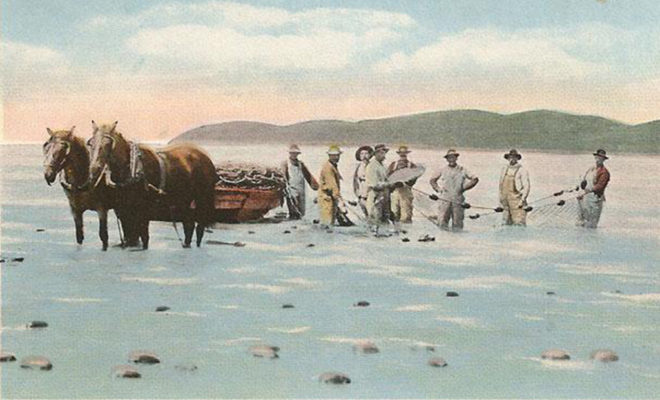