Beach descriptions courtesy of The Crazy Tourist. Read more: Top 5 North Carolina Beaches., Top 5 South Carolina Beaches.
Georgia
Named after Great Britain’s King George II, Georgia is one of the most diverse states in the United States. The state is known for its scenic coastline, immovable mountain peaks, and rich history.
Home to Coca-Cola, Georgia seeps of southern charm while you take a walk along the cobblestone streets of Savannah.
The state houses 47 state parks and has countless beaches scattered around its shoreline. Georgia also offers brilliant hiking, rafting, and kayaking opportunities. Chattahoochee River in Columbus is known for its urban white water course which is by far the largest in the world.
English is the official language of the state while Spanish is regionally spoken as well.
Let us now explore the many beach jewels of this historical state.

Located in Chatham County, Georgia, Tybee Island is a city as well as an island in the easternmost end of the state and a popular tourist destination for visitors from Savannah as well as the rest of the world.
Strategically placed near the mouth of Savannah River, Tybee Island was once frequented by pirates. Also known as Savannah Beach due to the closeness of the two town, Tybee is a paradise for birdwatchers. Herons, Egrets, and Osprey can be easily spotted.
The island typically attracts a lot of families and couples who wish to spend their beach holiday relaxing on the smooth sand or biking barefoot around the beautiful beach town. Seafood lovers will especially love the variety and taste of various seafood delicacies around the town.
Several endangered loggerhead turtles nest within the sand around the beach area.
While the Civil War Fort and the famous Tybee Island Lighthouse are the two primary attractions, swimming, kayaking, and other water sports also attract a great number of tourists.

The largest of Georgia’s Golden Isles, Cumberland Island lay mostly within the borders of Cumberland Island National Seashore. The 17-mile-long shoreline comprises of several dunes, freshwater lakes, and marshes.
Interestingly, the island is only reachable by boat. Hiking around the Cumberland Island National Seashore is a major attraction around the area.
Visitors who wish to spend the night can camp on the seashore which also houses the Cumberland Island Wilderness.
The coastline comprises a wide variety of flora and fauna, due to which, the area attracts many wildlife enthusiasts. The park is known to be the home of at least 23 different ecological communities which makes it the largest of its kind among Georgia’s barrier islands.

Another gem among the many of Georgia’s Golden Isles, Jekyll Island is one of the sea islands of Georgia located in the Glynn County and the smallest of its kind.
The island is quite popular among vacationers and offers guided tours of the adjoining Landmark Historic District.
Biking on surrounding trails, and walking and jogging around the coastline and sandbars are some of the usual activities around the area. The island also houses a water park, the Summer Waves, which is ideal for those traveling with kids.
Additionally, the island has a diverse range of flora and fauna including various mammals, birds, and even reptiles.
Jekyll Island is one of the only four islands in the state to have a paved causeway. There is a modest parking lot and three picnic areas near the northern end of the island.

The smallest of Georgia’s Golden Isles, St. Simons Island is on the south-eastern coast, in between Savannah and Jacksonville. Also known as “The East Beach”, the island serves as a residential community as well as a seaside resort.
The island’s warm climate, striking coastline, a plethora of water adventures, natural ambiance, historical sites, and shops and restaurants are some of the major factors that attract visitors from all around the world to this beach retreat.
St. Simons Island is also very popular among long-term vacationers and part-time residents.
White-tailed deer, raccoons, alligators, terrapins, marsh rabbits, and both native and migratory shorebirds are a popular sight amidst the vivid landscape of St. Simons Island.
The beach waters of the island see a lot of marine life such as right whales, dolphins, a wide variety of gamefish, and at times even manatee.
Golfing is one of the major sports around the island while hiking, walking, biking, boating, and sailing is also broadly enjoyed.

Made famous due to the abundance of driftwood in the area, the Driftwood Beach is located at the northern end of Jekyll Island.
A highly popular site for weddings and photography enthusiasts, Driftwood Beach is a short walk from Jekyll Island and is covered in majestic pine and oak trees scattered around the area.
The beach has been voted as one of America’s ‘Top Ten Romantic Beaches” time and again.
Driftwood beach is very popular among family vacationers and allows pets throughout the year.
Constant soil erosion in the area has led to unfavorable conditions for trees to grow here. which resulted in the creation of a rather eerie yet stunning landscape of conserved and bleached fallen trees.

The descriptions are reused with permission from the Crazy Tourist’s Top 15 Georgia Beaches article. 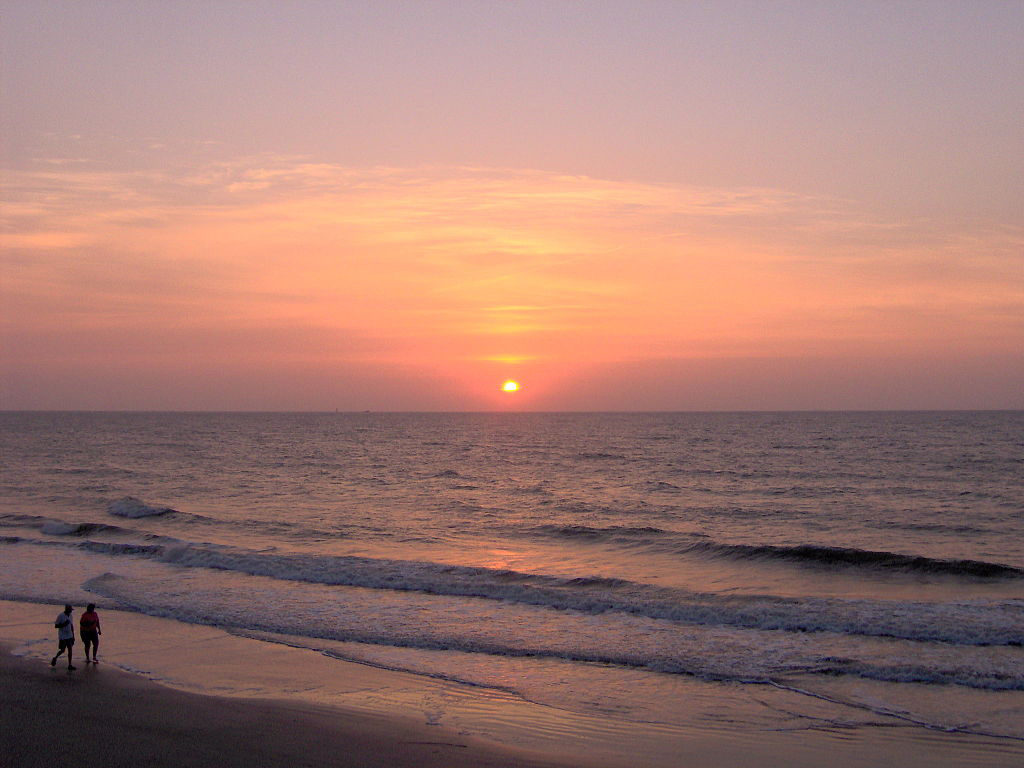 Photos of Top 5 Beaches in Georgia – Exploring the Low Country 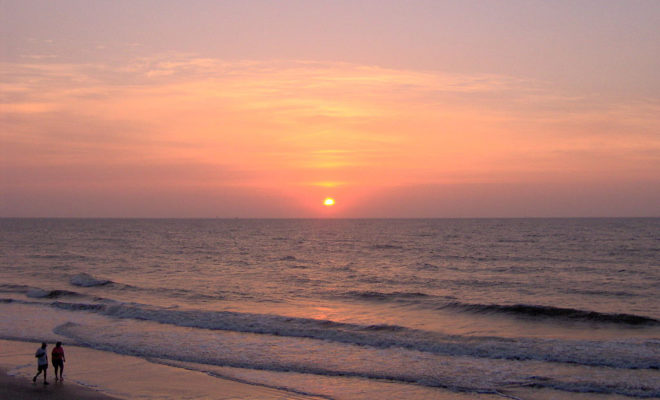