Jonathan White, Author of TIDES: The Science and Spirit of the Ocean, to attend Maine Boat & Home Show

The regular rise and fall of the seas is a phenomenon we are all familiar with. In fact, US Harbors is so intimately connected to the tides through our popular tide charts, it could be described as a website powered by the moon! The author Jonathan White explores humanity’s connection with the tides in his book TIDES: The Science and Spirit of the Ocean, and will be speaking about his book as he continues his tour around the country. On Friday 10th August, White will be in attendance at the Maine Boat & Home Show in Rockland, ME, signing and selling books alongside the US Harbors booth. We hope to see you there!

Below is a review of the book from our sister site maineharbors.com:

When Jonathan White’s sixty-five wooden schooner Crusader ran aground on a large tide in Alaska’s Kalinin Bay, he “vowed to learn more about the tides…I knew the moon had something to do with it, but what?…the more I read the more complex and mysterious and poetic the subject became.” That is exactly how this book reads.

White delves into the history and mathematics of tides, including the influences of Aristotle and Ptolemy’s earth centered universe to the more modern Newtonian world, to the science of the twenty-first century, including climate change and the potential of the tides use in creating energy. He also describes beautifully anecdotal stories of his own experiences, and includes folk lore and myths from native cultures from China, Alaska and more.

The book begins with the relationship between the semipalmated sandpipers and the mudshrimp on the Bay of Fundy. White (who intrepidly garners invites from all over the world) is invited by Peter Hicklin in 2011 to view the phenomenon of 700,000 sandpipers landing and feeding on these tidal flats. The birds are on a non-stop trek of 2,500 miles. If they don’t fill up enough on the mudshrimp, they will “drop out of the sky somewhere midocean”. White refers back to The Bay of Fundy numerous times because it has the largest tides in the world. Hicklin says to White, “in the 1970’s the flats were considered a wasteland…we didn’t know until recently they shape everything that lives here…if it weren’t for the tides, none of us would be here.”

At times White’s book reads more like a college textbook. I admit I definitely got bogged down with the math, however unashamedly, because White himself admits he did too when the science got a bit too technical. White includes many helpful diagrams to illustrate the influences of the moon and sun on the tides. He describes clearly the phases of the moon, the pull and push of the sun and moon on the tides, the bulges of tides drawn by gravity and centrifugal force, the friction and resonance involved in tides and the development of waves. So even a layperson like me, though not completely comprehending, can come away with a sense that I have learned quite a bit.

The beauty of the book comes in the prose and the personal experiences White describes. He travels to China’s Qiantang River tidal bore to witness the “Silver Dragon”. He visits the bay of Mont Saint-Michel, which faces the English Channel, where a monastery is engulfed by the unusual flood tide. In each of these excursions he has guides and translators and is able to gather stories by locals and professionals alike.

My favorite is White’s trip to Ungava Bay in northern Quebec. He travels by snowmobile with Lukasi, his Inuit guide, to hunt for mussels. The tides leave cavities under the ice; when finding these cavities the Inuit’s dig a hole and climb down to forage. White writes “[it’s] as if the tiny hole carved by Lukasi allowed us to slip…not just under the ice, but beneath the surface of the sea. Here, in a dreamlike state, I feel inside the body of the ocean.” This book is as much about storytelling as it is about the amazing research, I think it will be enjoyed by anyone interested in adventure, poetry and the sea. 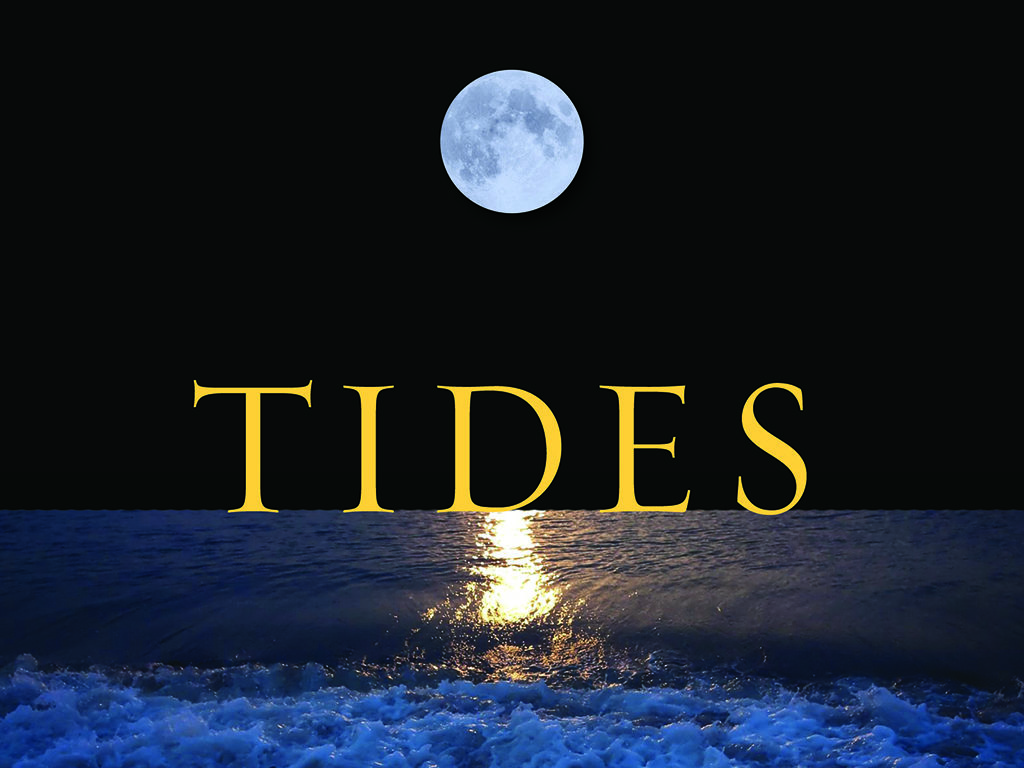 Artwork from the cover of TIDES by Jonathan White

Photos of Jonathan White, Author of TIDES: The Science and Spirit of the Ocean, to attend Maine Boat & Home Show 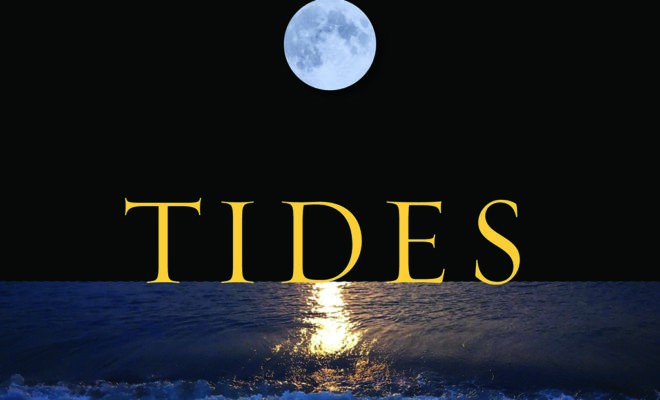 Artwork from the cover of TIDES by Jonathan White