Oyster shells used to end up in landfills. Now they are being turned into castles for baby oysters.

You may have heard this centuries-old maxim about when it’s safe to eat raw oysters: Don’t indulge in the bivalves during any month spelled without the letter “R.” (Though, there’s plenty of cause to consider the maxim suspect.)

If you’re like me, you’ve largely disregarded this rule in favor of your own self-interest. But if you’ve been heeding it, then you’re likely just beginning to rejoice in the dawn of oyster season.

This fall, there’s another reason to revel in the oyster harvest, beyond its sheer gustatory pleasure. If you eat an oyster today, its shell may not necessarily end up in landfill, as it would have in the past. Instead, it may be redeposited back into the waters from which it came, to serve as a home—or even a castle—for future oysters to come.

In the past few years, a surge of oyster shell recycling programs have emerged in coastal regions. Some are state-run, like the South Carolina Oyster Restoration and Enhancement Program (SCORE). Others are specific to certain bodies of water, like the Galveston Bay Foundation’s Oyster Shell Recycling Program in Texas. And some, like the New York-based Billion Oyster Project, are run by high-school students.

As you may know, oysters are filter feeders, which means that they filter water—thereby removing pollutants like nitrogen and phosphorus—while they search for sustenance. But we’re not likely to have an abundance of natural Britas going forward: Beyond the ongoing threat facing oysters from climate change and increasingly powerful storms, 80 percent of oyster habitats, known as oyster reefs, have been destroyed by overharvesting and pollution in the past century. Unlike most other sea creatures, oysters don’t just live in the water—they specifically need to live on other oysters. 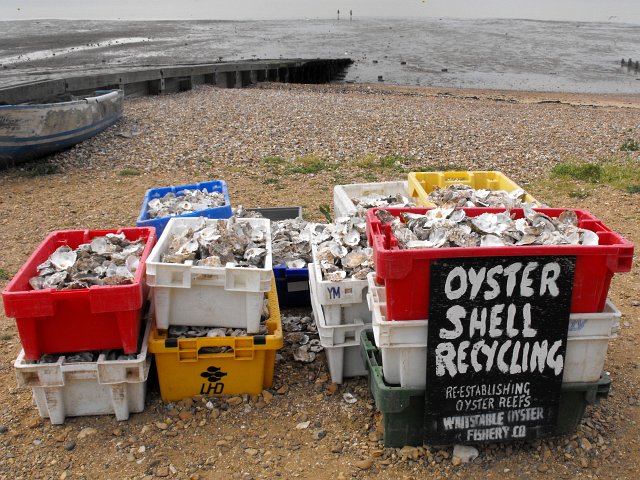 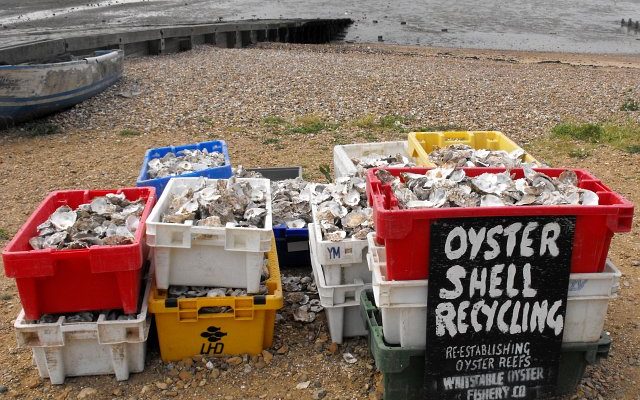