WRIGHTSVILLE BEACH, NC – Weather conditions are ideal for this weekend’s Fat Bike Beach Championship in Wrightsville Beach. Saturday’s race day forecast calls for sunny skies with temperatures topping in the mid-60s. Chance of rain is near zero percent with winds predominately from the NW at 5 to 10 mph.

“All systems are go,” said race director Shawn Spencer. “I did some beach recon on Sunday and the sands have shifted. This will be one of the most challenging courses to date.”

Already the largest fat bike beach race on the East coast and named one of 2018’s Top-20 festivals and events in the Southeast, a deep and growing lineup of athletes have registered to compete in 2019. These include the following returning champions:

The competition will be intense in all races, especially the two-hour elite race.

“It’s just hard,” said Spencer. “The elite race requires conditioning beyond any other type of sport, plus the mental fortitude not to quit regardless of your suffering.”

“Athletes check-in Friday at Blockade Runner Resort to inspect the race conditions,” said Shawn Spencer, Race Director and owner of Bike Cycles. “Saturday there will be a bike expo on the beach-side lawn before and after the races, followed by the awards ceremony. Competition includes a two-hour elite race; a 90-minute intermediate event; and a 60-minute race for beginners. Popular obstacles will be on the course this year with fresh surprises to challenge the bikers.”

Sunday features an optional 18-mile social bike ride on the beach from Fort Fisher to Bald Head Island and back.

To accommodate the growth in the number of race participants, Spencer plans to have two race times, segmenting the elite category from the intermediate and beginner groups, limiting each wave to 100-bikers.

“The elite racers will have the track alone for the first time,” said Spencer. “The elite, intermediate and beginner races will be more exciting with less congestion on the track.”

The field of women in the US Open Fat Bike Beach Championship has increased from near zero to 21-percent over the past four years.

The US Open Fat Bike Beach Championship will benefit the Wrightsville Beach Foundation, a nonprofit organization dedicated to improving public parks and amenities. 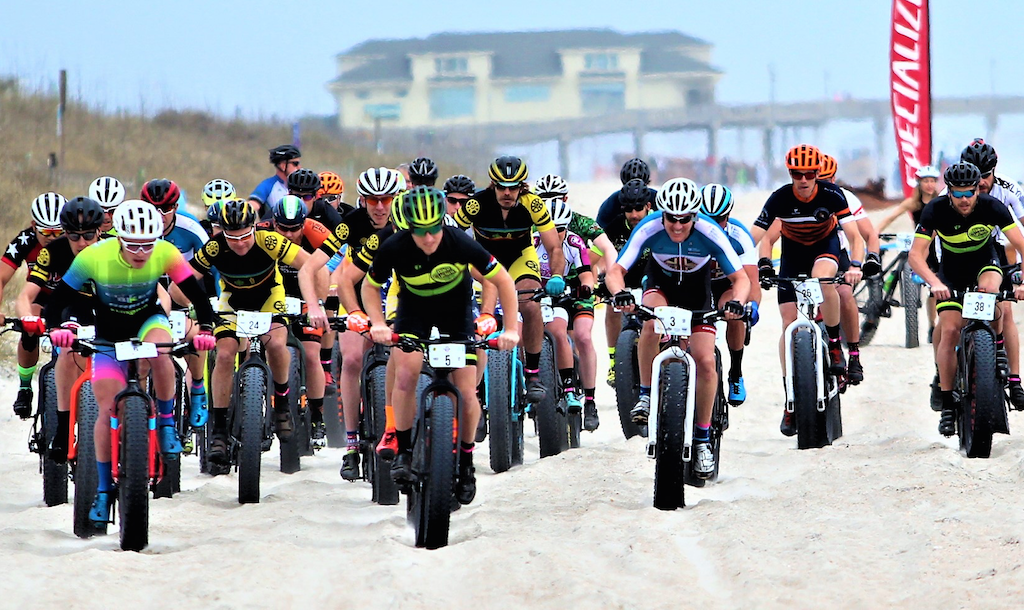 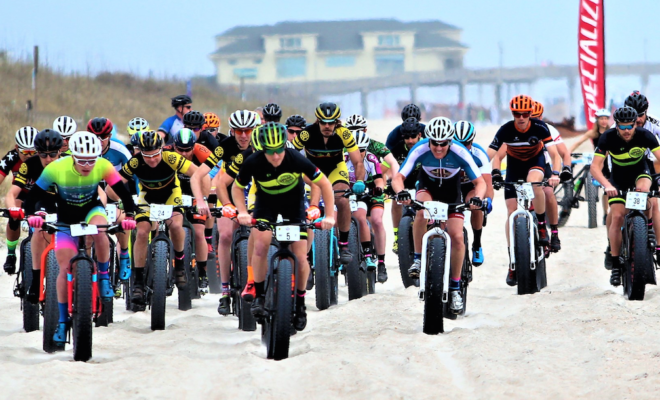