The docks were close to empty, with most of the 56 boat fleet on their way back to the marina from their final fishing day of the 52nd Annual Georgetown Blue Marlin Tournament. Fishing had been tough, with a total of only 7 blue marlin, 3 white marlin, 11 sailfish, and 2 spearfish released over the course of the three-day event. It was close to 90 degrees Fahrenheit, and the few boats tied up in the marina were already fished out and sat quietly waiting for the chaos of meat fish weigh-in and the award ceremony later that evening.

As he made his way down the dock during this unusual quiet, Matt Murphy, a young and hardworking South Carolina-made mate, sported an ear-to-ear grin while pulling a loaded dock cart behind him. Although the results of the tournament weren’t quite official yet, Matt had much to smile about. With one blue marlin release and one white marlin release, he and the Bench Mark team would go on to win the tournament, the second leg of the South Carolina Governor’s Cup Billfishing Series.

Following the Bench Mark’s celebration, we reached out to Matt to chat with him about his career, the win at Georgetown and his advice for other young people interested in working on the back deck of sportfishers.

Tell us a little bit about yourself: When and how did you first start working as a mate? How long have you been with the Bench Mark now?

“I’ve been offshore fishing with my Dad, Mike Murphy, since age 4. I learned from him and other local anglers. Beginning in February 2017, I started as a full-time mate on the Jabez with Captain Ben Polk. Then that boat went up for sale and I started working as the full-time mate on the Wadmacallit for Captain Gasper Marino. That boat went up for sale in May 2018 and then I started working for the Bench Mark.”

How did everything go with that blue marlin? Tell us about the hook up, the fight, etc.

“The blue marlin first hit our teaser and then knocked the short rigger down, but it wasn’t hooked. I reeled the lure back into position, got bit again 30 seconds later and got hooked up. Steven got in the chair and fought the fish to the boat where I grabbed the leader a few times before going deep and breaking the line.” 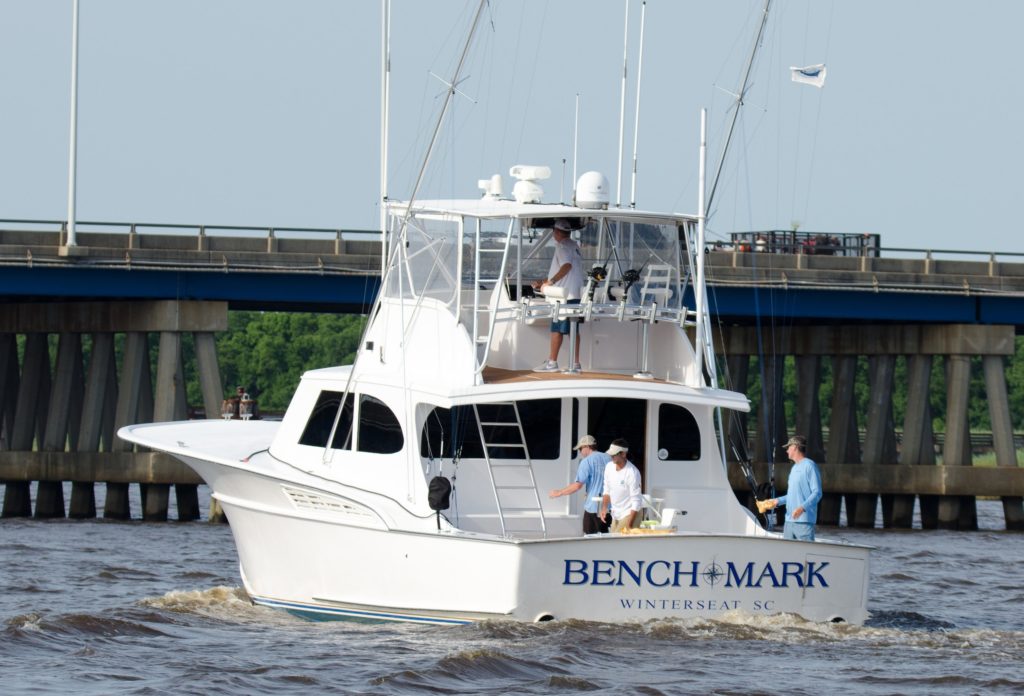