In early April of last year, Gloucester, Massachusetts, resident Kim Smith discovered three Piping Plovers had arrived, exhausted, on the city’s Good Harbor Beach. They foraged in the wind and lingering snow, and a pair began courting, the male digging nest scrapes in the sand for his mate’s approval. Piping Plovers typically nest in the sand sheltered by dunes, but for these two, a home on the beach was not to be.

Harassed again and again by loose dogs running on the busy stretch of shore, the pair gave up and fled to the nearby 950-car parking lot. The male dug a scrape in the gravel while the female sat nearby, camouflaged on a white line delineating a parking space. By the middle of May, she’d laid four eggs.

No one knew whether the eggs would even hatch, given this inauspicious start. On a coast where human disturbance and predation are pervasive, Good Harbor hosted a pair of nesting plovers in 2016 and again in 2017. But as Smith and others dedicated to protecting the plovers saw, only one chick survived long enough to learn to fly and begin migrating to its wintering grounds—possibly as far as the Bahamas, 1,200 miles away.

By 2018 the team working to safeguard Good Harbor’s plovers included people generously giving their time to monitor the birds and the crew from the city’s Department of Public Works (DPW), who steered huge beach raking machinery clear of them. Smith, a photographer and filmmaker, had inspired much of the effort. While not everyone can be on the beach every day, her images, videos, and blog offered the entire city an up-close portrait of the birds’ daily lives.

The parking lot nest added a new twist—and yet another challenge for the birds to overcome. 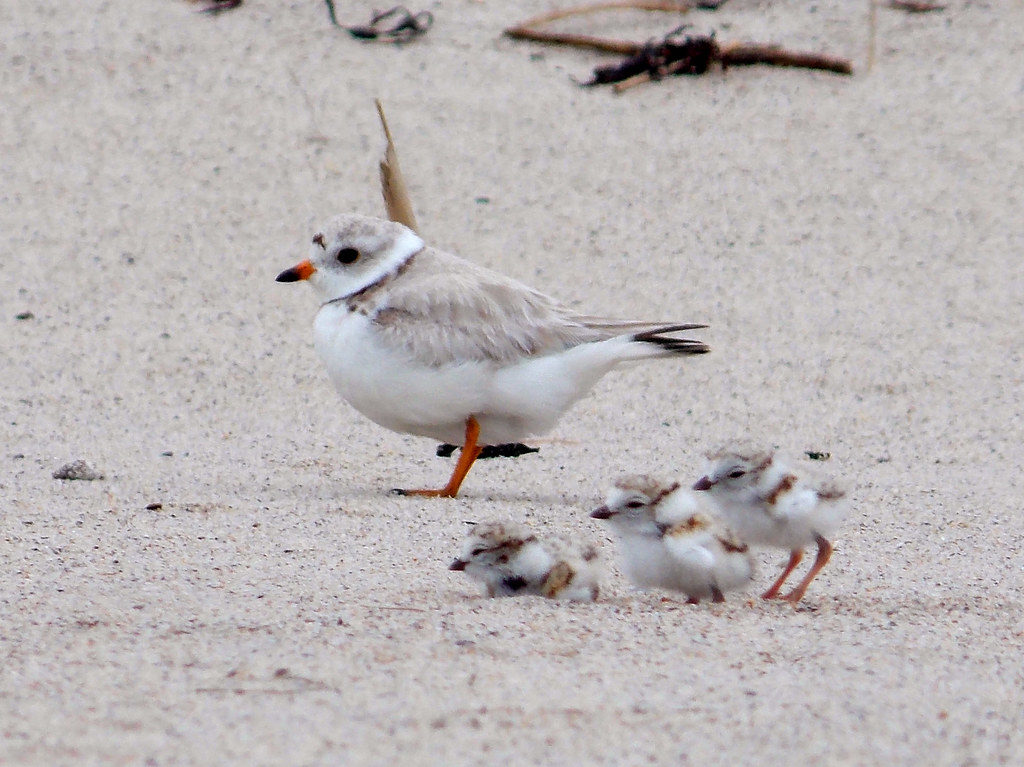