For the past two years, the NOAA Chesapeake Bay Office has been partnering with Fondriest and NexSens to phase out their AXYS data buoy systems with NexSens CB-1250 data buoy systems. Several members of the Fondriest team recently visited and participated in a buoy deployment on the Chesapeake Bay, and Byron F. Kilbourne, an oceanographer at the NOAA Chesapeake Bay Office and liaison for the deployment, spoke to EM about the office, their team, and the buoy change.

NOAA’s Chesapeake buoys have an unusual origin story that is almost entirely unrelated to their current mandate. The National Park Service (NPS) had spearheaded an effort to create the John Smith Water Trail—a kind of aquatic Appalachian Trail for boaters in the Chesapeake. The Department of Education funded this NPS idea as a form of environmental outreach, and the buoys were to serve as interpretive trail markers along the trail.

“It had this weird beginning, and then the oceanographer in my role back in 2005 said, ‘If we’re going to have buoys out there as interpretive trail markers, we should have some observations on them so that we can deliver that data to the people using the trail markers,’ the current temperature, or whatever,” details Dr. Kilbourne. “That idea kind of grew, and they built this really interesting observing system of buoys which were deployed starting in 2007.” 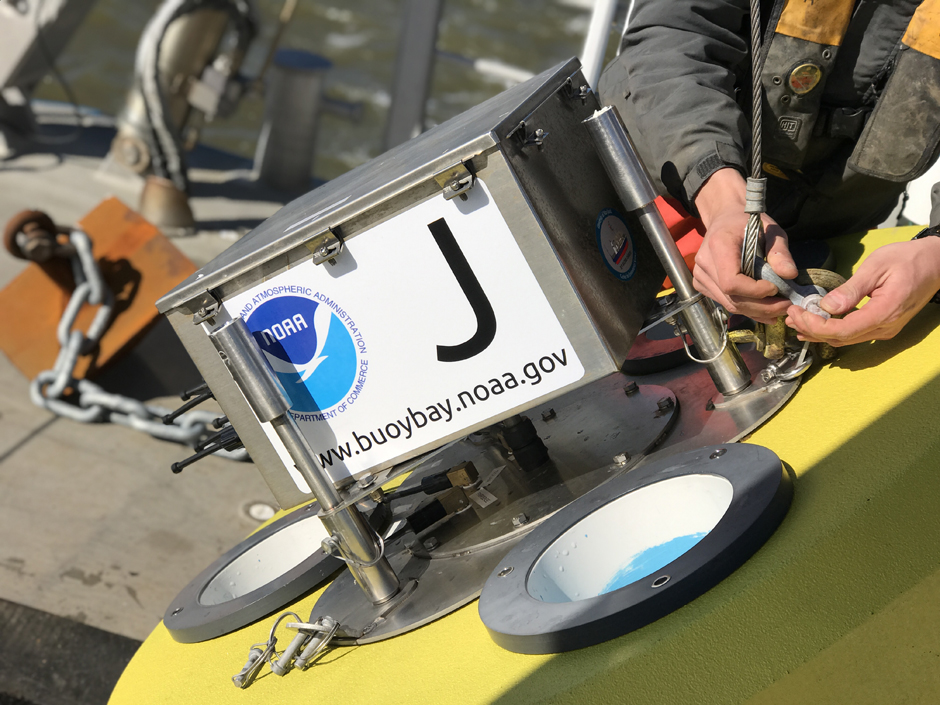