The second storm of the 2019 Atlantic hurricane season is expected to form Wednesday or Thursday along the Gulf Coast.

The weather system, currently spinning off the coast of the Florida Panhandle, could either form as a tropical depression or a tropical storm. If the depression’s winds reach 39 mph, it would become Tropical Storm Barry.

It’s then expected to hit the Gulf Coast as a hurricane on Saturday, the National Hurricane Center said.

“This system has the potential to become a dangerous hurricane,” the National Weather Service in Lake Charles, Louisiana, said on its Facebook page on Tuesday. “The threat for damaging winds and deadly storm surge is increasing.”

The storm could bring more heavy rain and flooding to New Orleans, which was inundated with up to half a foot of rain on Wednesday morning, triggering a flash flood emergency for the area. A tornado or waterspout was also spotted near the University of New Orleans, WWL-TV said.

Even more concerning, the Mississippi River in New Orleans is now forecast to crest near 20 feet on Saturday, the weather service said – and the average levee height for New Orleans is 20 feet, said meteorologist David Bernard of Fox8 in New Orleans. 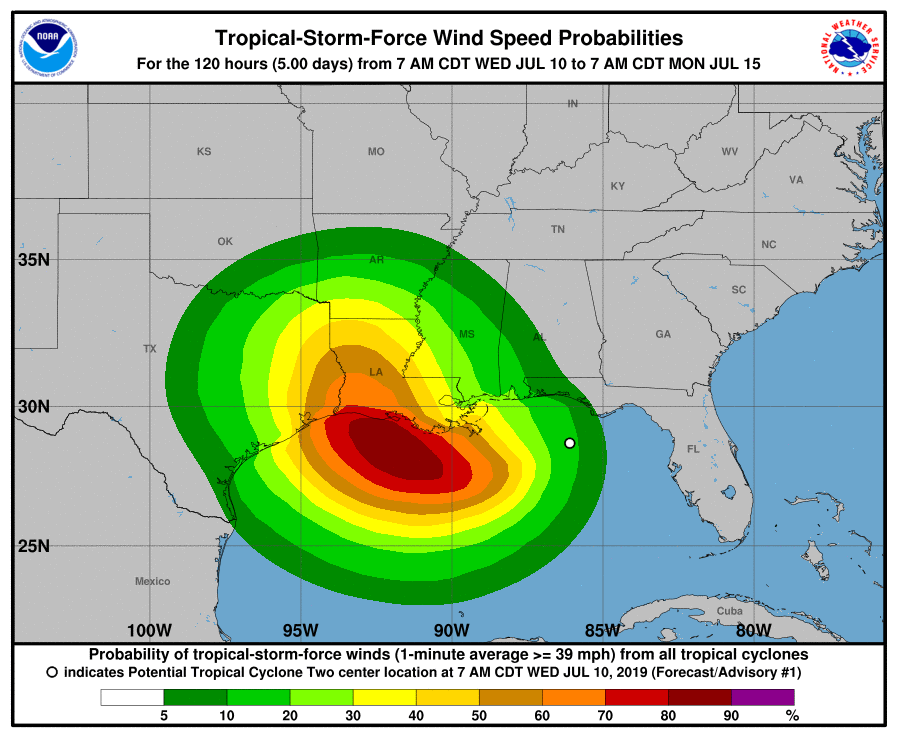