The hurricane only stayed around for one day and fishing pretty much picked back up where it left off.

In the Upper Bay it is still white perch and catfish on bloodworms, clams or cut bait. Augustine Beach, the Submerged Jetty, Green’s Beach and the fishing pier at Woodland Beach are just a few of the locations mentioned in the reports. 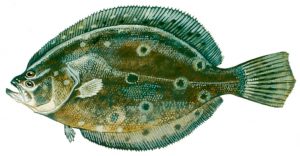 The east side of Miah Maul Shoal continues to produce flounder on squid and minnows or Gulp! The Bowers Beach shoreline and Bennet’s Pier hold keeper trout with peeler crab the best bait in both locations.

Brandywine Slough has come on as a good location for keeper flounder. Jigs baited with cut menhaden have been the top producer here and I suspect squid and minnow combinations will also work. One angler reported limit catches here last Sunday.

The Lower Bay reef sites still hold a mixed bag of spot, kings, flounder and bluefish. It has been my experience that incoming water is the best time to fish these areas. Bloodworms, clam, cut bait, FishBite bloodworm and sand fleas all work here. 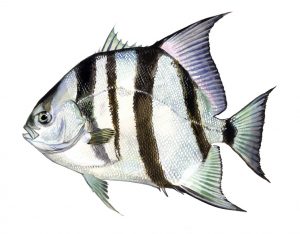 Spadefish, sheepshead and triggerfish have all been caught in the bay. These are structure loving fish and you will find them at such locations as the Inner and Outer walls, the Ice Breakers and over or on wrecks. They generally take small bits of clam, shrimp or sand fleas on small, but strong, hooks. Chumming with crushed clams or ground up shrimp can bring these fish close to your boat.

The fishing pier at Cape Henlopen State Park saw continued good fishing for spot. Croaker and small blues were also taken from the boards. Flounder fishing was hit or miss. High tide is the only time to fish this location.

The Broadkill River and the Lewes and Rehoboth Canal saw little pressure after the Labor Day holiday. I did watch a few folks fishing the canal and all they caught were tiny sea bass. I should think some croaker and perhaps a flounder or two will still be available.

Not sure what the storm did to the sea bass, but it sure made them hungry. Every boat that went sea bass fishing over the weekend from Lewes to Virginia Beach caught their limit of big sea bass. The frenzy has dissipated since then with the fish getting back to their normal picky ways.

Flounder fishing also improved at the Old Grounds. Nice-sized fish were caught on the usual baits of Gulp!, minnows and squid.

Deep-dropping seems to be the thing to do since tuna are few and far between. Boats that know the right numbers are finding limits of golden and gray tilefish.

On Tuesday the Bird Dog brought in two swordfish caught in 1800 feet of water.

Marlin action remains good, but not many Delaware boats are going after billfish.

The hurricane stirred up the ocean and this dirty water carried into the inlet. By Tuesday, when I fished there, the water was clear on the incoming current, but turned milky as soon as the current began to run out.

I arrived around 0545 to catch the hour between first light and sunrise. I should have stayed in bed. Cast a black Bomber with a black eel teaser for an hour without result. Switched to a Stingsilver when the lady next to me caught a bluefish on a spoon. Cast the metal for another hour. Nada. Decided to bottomfish with a top-bottom rig baited with FishBite bloodworms and sand flea. Finally quit at 0930 without so much as a nibble. The only fish I saw caught was the lady’s blue.

Flounder have been caught from the inlet on swim shads. Britany Lee had one weighing six pounds on Sunday. Other reports indicate flounder caught at Massey Ditch as well as other locations in Indian River Bay.

A few sheepshead have been hooked, but not landed at Massey’s Landing. Sand fleas have been the bait.

I had one report of five short, but nice sized rockfish, caught at Cape Point on fresh mullet last weekend. Otherwise it has been the usual kings, spot and croaker with a couple of blues mixed in.

On Wednesday Norm Falgowski caught and released a 52-inch sand tiger shark at Three Rs Road. He said everybody got out of the water when they saw the shark and no one went back in after he released it.

I think we will see more bass fishing reports now that the weather has cooled off a bit. The tidal rivers and creeks should be clearer now that the heavy rain we had all summer has subsided.

Every week I receive the DNREC Fish and Wildlife Natural Resources Police Blotter. Almost every week during boating season there are one or two people who get a ticket because they didn’t have a PFD on a child age 12 or younger. Last week that number was twelve!

I certainly hope no one reading this has ever taken a child on their boat without making certain that child has on a proper PFD. They make PFDs for every size from baby to teenager and there is simply no excuse for allowing a young person to go out on the water without wearing one.

I was on the Delaware Wildlife Federation when this law was passed. There had been a boating accident in Indian River Inlet where two children were lost. The Wildlife Federation pushed for passage of this law and while we had some resistance the first year, we had success the second year.

Since the law passed, no child has lost his or her life in a boating accident. Sounds like we may have to thank good luck as much as good safety habits for that record.

Always wear your PFD and make sure the kids have theirs on as well. 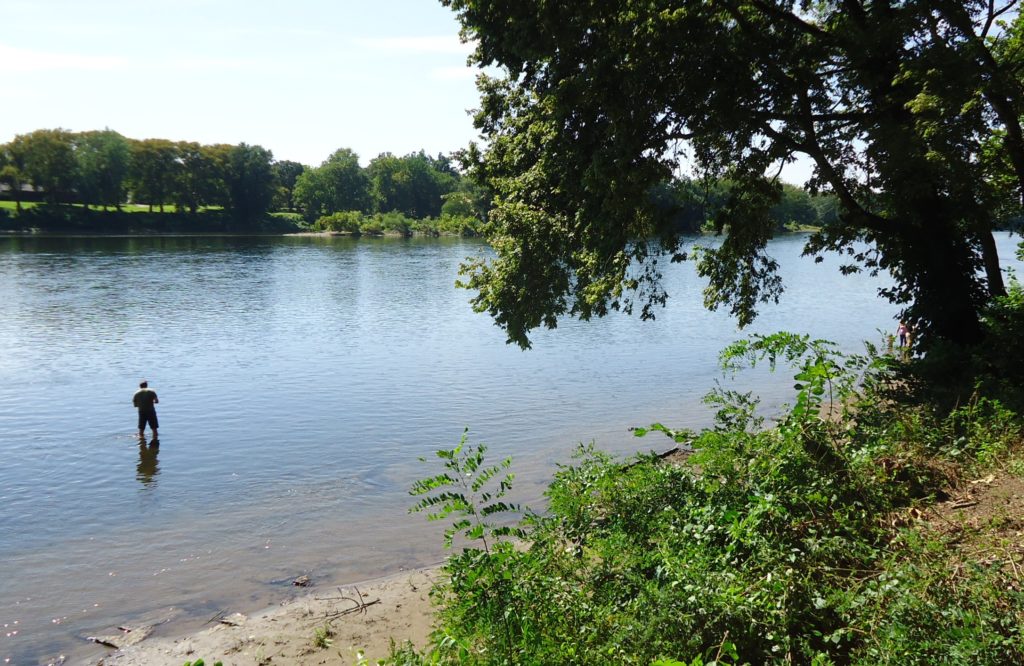