Found in Maine: A 1-in-50 Million Lobster

Some lobsters aren’t meant for a roll.

That was the case for a rare two-toned lobster that was plucked recently from the icy waters off Stonington, Me., and which scientists say is a one-in-50 million find. The lobster, split from head to tail into halves of black and orange, was found in Penobscot Bay by Capt. Daryl Dunham when he was fishing in the coastal waters there, according to Patrick Shepard, a fishing scientist at the Maine Center for Coastal Fisheries.

The fisherman donated the male crustacean to the center, where it will live in rarefied company for a few weeks. The center already has three other unusual lobsters in its tanks, including a blue lobster, a one-in-two million find, and two calico lobsters, whose shells resemble a constellation of orange and black and which people who fish have a one-in-30 million chance of catching.

The bifurcated shell is a result of a genetic anomaly, Mr. Shepard said. Aside from the four lobsters on display, he said, scientists there have seen other rare lobsters that are albino and yellow with black spots. Fishermen frequently bring them to the center, which has a teaching lab and where people can learn about lobsters and Maine’s fishing industry. About 7,000 people visited last year, he said. 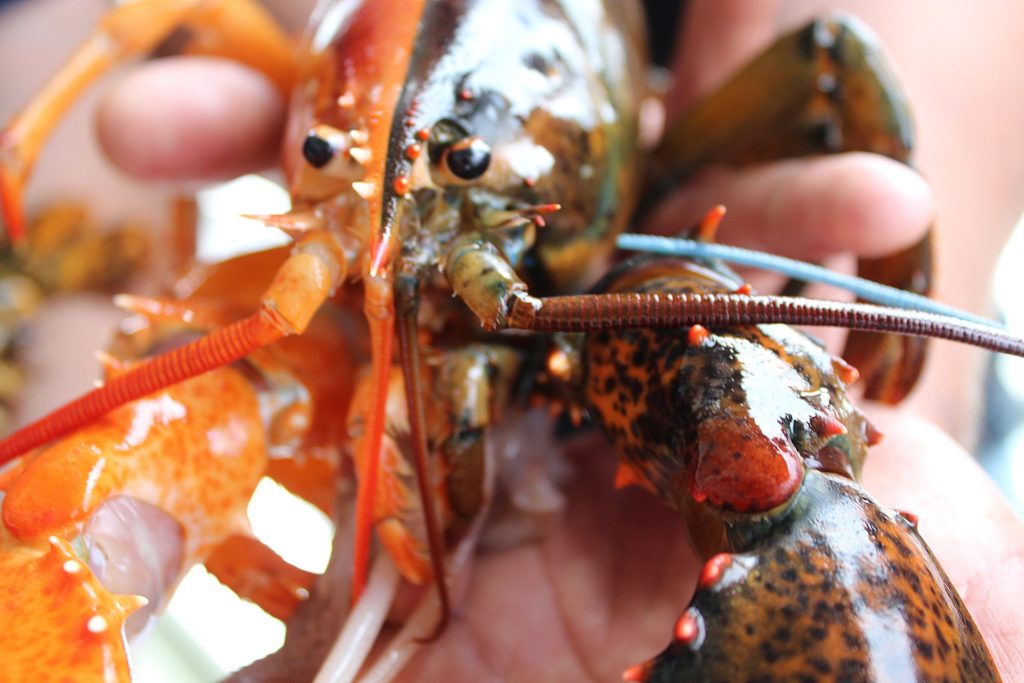 The two-tone lobster was found in Penobscot Bay by Capt. Daryl Dunham when he was fishing in coastal waters off Maine. Photo by Maine Center for Coastal Fisheries