In 1639, the Massachusetts Bay Colony passed a law banning the use of striped bass as fertilizer. Settlers thought the fish was more valuable as a commercial good. But a lot has changed since then. The latest stock assessment shows that striped bass are overfished. Striper, as they’re often called, are in decline, and with them, their value as a commercial and recreational resource. Striped bass are facing a watershed moment—the Atlantic States Marine Fisheries Commission (ASMFC), the regional organization responsible for assessing and managing fish stocks, is proposing changes to the fish’s management. Once again, Massachusetts residents are being forced to rethink the best way to use the vaunted fish.

The nonprofit group Stripers Forever believes it has the answer to this long-running dilemma. Stripers Forever wants the striped bass to be a game fish and nothing more. It thinks the fish should be managed as a recreational fishery and the commercial harvest closed. Dean Clark, Stripers Forever’s Massachusetts cochair, says this would benefit the economy and the fish. When you manage a species for a recreational market, he says, “your goal is abundance and quality. The more fish, the bigger the fish, the more people are going to fish for them—therefore the more value you get from them.” This value comes from charter trips, guided trips, and other fishing-related expenses—like purchases at tackle shops. A healthy recreational fishery also supports local jobs at marinas, hotels, restaurants, and stores; fishermen are drawn to regions where they’ll have the best chance of a successful trip.

The quest to bestow the striped bass with game fish status, of course, faces many obstacles—one being confusion as to what a game fish is.

Clark acknowledges, but doesn’t understand, the confusion. “If you talk about game birds or game animals, everybody knows that means there is regulated harvest,” he says.

According to Clark, making striped bass a game fish would mean that recreational anglers would still be able to harvest fish to bring home to their table, so long as they abide by whatever regulations are in place. Although, in fact, the recreational fishery is primarily catch and release; roughly 90 percent of recreational striped bass anglers don’t keep their fish. 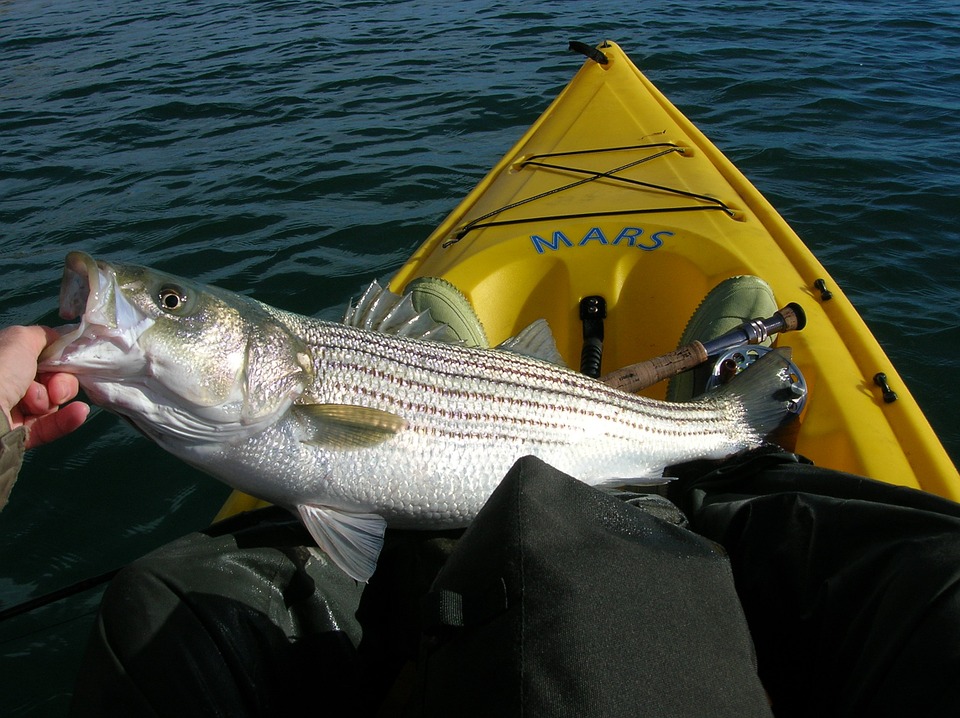