On Sunday they rescued some victims of the poachers, freeing three live green sea turtles from a gill net tangled with dead turtles and blacktip sharks.

Patrolling boat crews found 200 yards of gill net, gear that is illegal to use in Texas waters, about a quarter mile north of the mouth of the Rio Grande River near Brownsville, Texas.

The area on the U.S.-Mexico maritime border is a constant theater of operations between the Coast Guard and Texas state game wardens on the U.S. side, and Mexican crews in swift lanchas, 20- to 30-foot open boats with big outboard engines.

The poachers often deploy longlines or gill nets, attracted by better fishing on the U.S. side where fisheries are highly managed and regulated, compared to depleted grounds to the south. Violations have been on the rise in recent years and the Coast Guard regularly reports new cases. 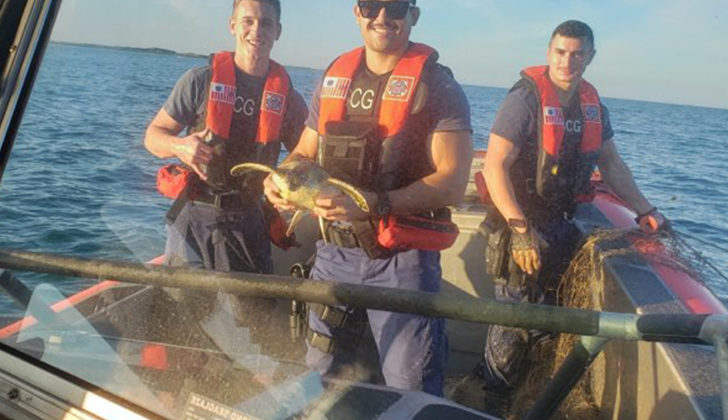