Mystic Aquarium in Connecticut is home to the United States’ largest habitat for captive beluga whales. Of the country’s 30 captive belugas, three reside in the aquarium’s 4,000 square meter outdoor exhibit, a site dominated by a 50 by 25-meter kidney bean-shaped tank.* Now the aquarium, which puts the animals on public display and uses them as research subjects, wants more whales. It has submitted a request to the US National Oceanic and Atmospheric Administration (NOAA) to import five belugas from Marineland, a highly controversial amusement park in Niagara Falls, Ontario. The request has sparked criticism from animal rights organizations, who say the whales should be left where they are.

NOAA is ultimately responsible for approving or denying the request and they collected public comments through December 2. NOAA spokesperson Jennie Lyons says the agency is also considering comments from other federal agencies, including the US Marine Mammal Commission and the US Department of Agriculture.

Mystic Aquarium’s request is controversial partly because it deals with the highly charged topic of marine mammals in captivity but also because it’s unclear whether the plan is legal.

In the United States, the Marine Mammal Protection Act makes it illegal to import, capture, or harass beluga whales. 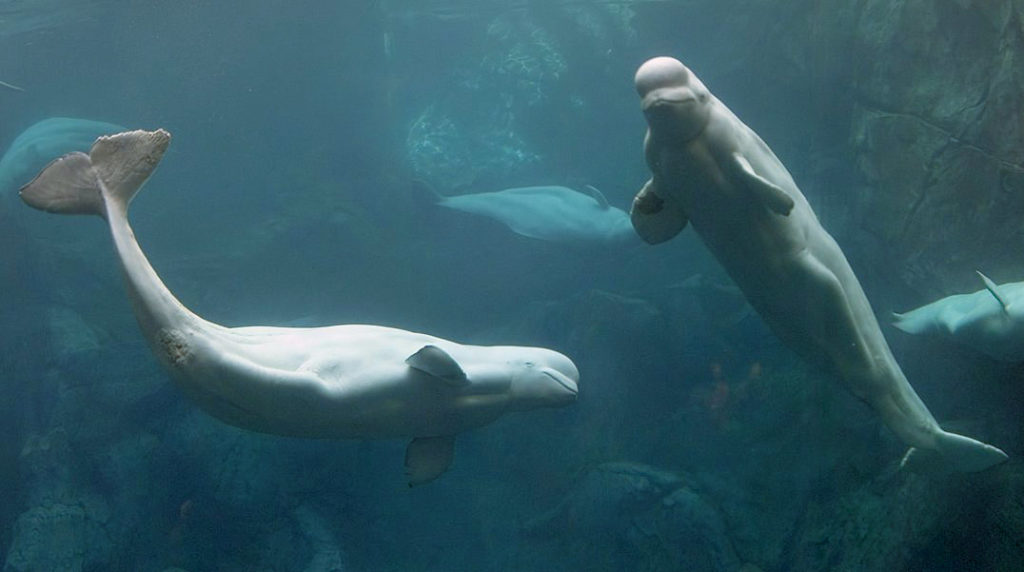