What Are Your Chances For A White Christmas?

For those of you dreaming of a white Christmas, you can find places that have the best chance of being a winter wonderland according to weather history. The “Historical Probability of a White Christmas” map shows the climatological probability of at least 1 inch of snow being on the ground on December 25 in the contiguous United States. On the map, dark gray shows places where the probability is less than 10 percent, while white shows probabilities greater than 90 percent.

Snowy Climates Based on Data

This map is based on the 1981–2010 Climate Normals, which are the latest three-decade averages of several climatological measurements. This dataset contains daily and monthly Normals of temperature, precipitation, snowfall, heating and cooling degree days, frost/freeze dates, and growing degree days calculated from observations at approximately 9,800 stations operated by NOAA’s National Weather Service. You can find the Climate Normals for locations near you by using NCEI’s interactive map or search tool.

If you would like to keep track of the snowfall across the United States on a daily basis, see the National Operational Hydrologic Remote Sensing Center’s National Snow Analyses.

For a more detailed assessment of the probability of a white Christmas as well as documentation of the methodology used to calculate the map’s underlying climatological statistics, see our scientists’ paper, White Christmas? An Application of NOAA’s 1981-2010 Daily Normals, published in the Bulletin of the American Meteorological Society. 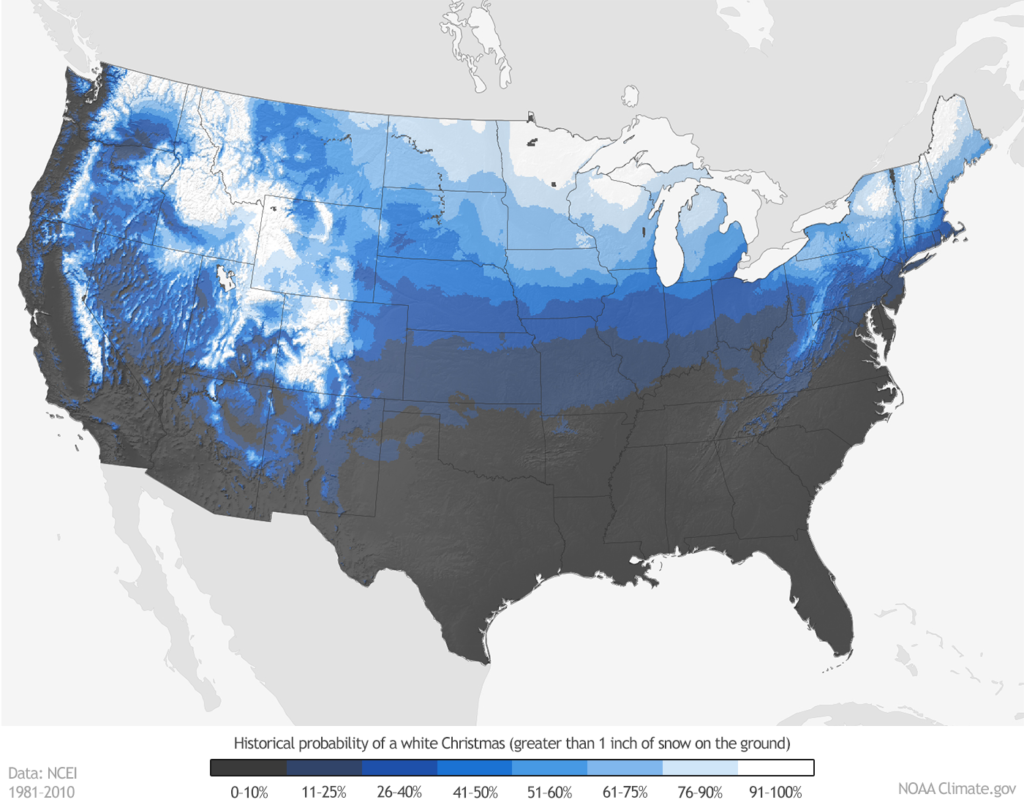 Crested Butte, Colorado, is just one of about a dozen locations boasting a nearly 100% historical probability of seeing a white Christmas.

Posted December 13, 2019 by US Harbors & filed under Coastal News, Nature.