Alaska’s commercial fisheries division operates on a nearly $67 million budget, of which $36 million comes from state general funds. Gov. Mike Dunleavy’s proposed budget for FY2021 calls for a nearly $1 million reduction.
Here are targeted programs across the state at this early stage in the budget process, provided by United Fishermen of Alaska.
Crab lovers in Southeast Alaska could go without if funding (-$315,600) is eliminated for tracking the region’s red king crab population.
“A lot of people don’t recognize that those stock assessments help evaluate if the personal use fishery can open. So without that assessment, there will be no personal use fisheries for red king crab in Southeast Alaska,” said Frances Leach, United Fishermen of Alaska executive director.
Leach said nearly 3,700 red king crab personal use permits are issued in Southeast every year. Only two commercial king crab fisheries have occurred in 10 years.
“The commercial fisheries division pays for a lot more than commercial fisheries,” Leach said. “We pay for research for personal use and sports. And it’s something to be noted for sure.”
Cuts also are on deck for stock assessments for Southeast urchin and sea cucumber fisheries (-$19,900), which will likely reduce fishing time.
READ MORE at nationalfisherman.com 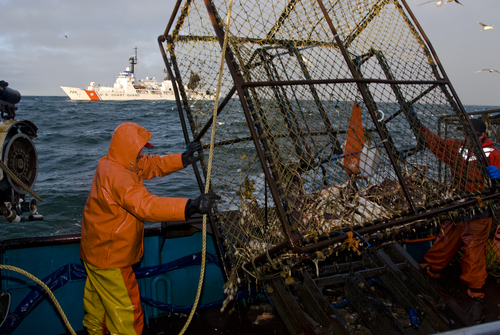