How To Watch April’s Lyrid Meteor Shower From Home

Even when our planet finds itself in trouble, Earthlings can count on the rest of the solar system to serve up solace. This month, that cosmic care package comes in the form of the Lyrid meteor shower—a dazzling display of debris left behind by a comet called C/1861 G1 Thatcher.

This year, the Lyrids will be visible from about April 16 to April 30, peaking in visibility on the evenings of April 21 and 22, when those with the best views can expect to see about 10 to 15 meteors zipping by each hour. The annual event is one of the oldest meteor showers ever documented, with records going as far back at 687 B.C., NASA meteor expert Bill Cooke tells Jesse Emspak at Space.com.

The Lyrids are a bit more muted than big banner meteor showers like the Perseids, an infamously bright and plentiful meteor shower that usually peaks in August. But gazing into the night sky over the next couple weeks will likely still give viewers a pretty spectacular show.

All meteor showers occur when Earth passes through the dusty trails left behind by comets—fast-moving balls of ice and rock that shed gas and bits of solid schmutz as they careen throughout the cosmos. 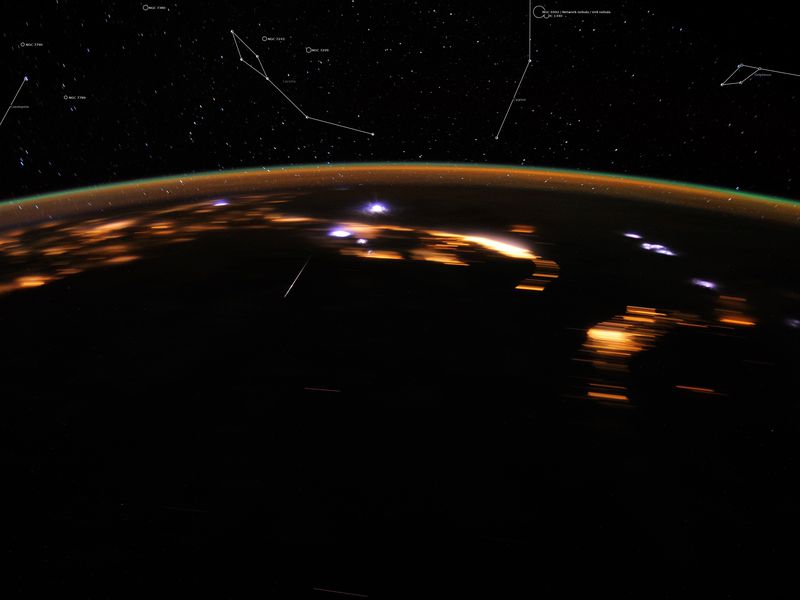 An image of the April 2012 Lyrid meteor shower raining down on Earth, taken from the International Space Station. (NASA/JSC/Don Pettit)