Hundreds of America’s TV Meteorologists are Working from Home. Here’s How They Do It.

The coronavirus crisis shaking the nation and the world has changed daily life in just about every way. The pandemic has entirely altered the way many industries operate. Even television stations have been forced to overhaul operations, with newscasts in some cases delivered entirely from the refuge of anchors’ homes.

But that remote broadcasting becomes a bit more tricky for television meteorologists.

The equipment and data needs for television weathercasters are often some of the heftiest in the newsroom. Between a weather graphics system, map displays, green screens, special monitors and other high-tech tools, producing a television weather forecast is no easy feat. But America’s television meteorologists have innovated and brought their broadcast studios into their homes.

“Necessity is the mother of all invention,” said Nate Johnson, a meteorologist who oversees weather operations at the 42 stations owned by NBC Universal and Telemundo. “We want to provide the same level of coverage regardless of where meteorologist are.”

Coverage when it matters most

Weather may be overshadowed by more pressing health and political headlines dominating the national news cycle. But it still affects people’s routines and, during severe thunderstorm season, can quickly become a life-threatening hazard. 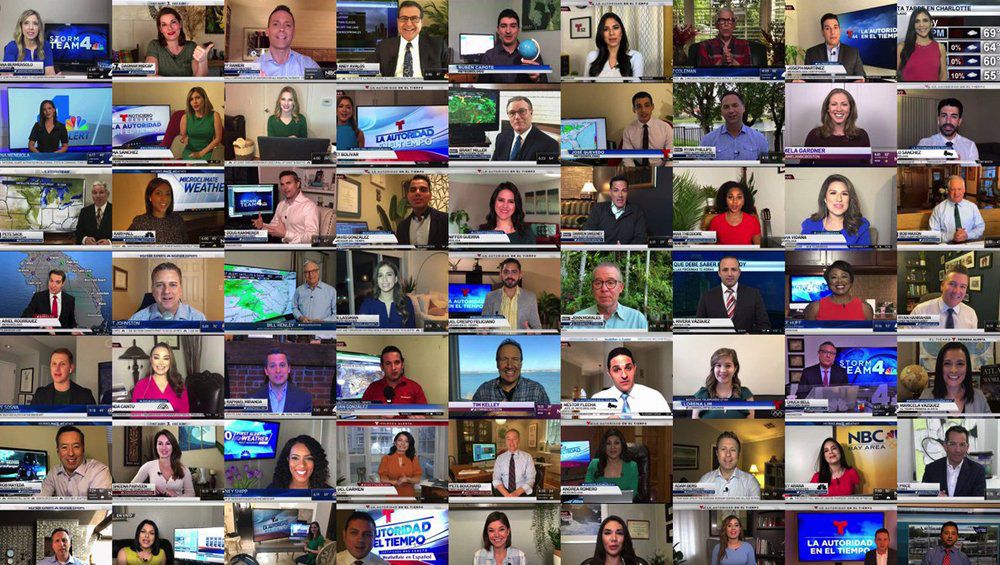