OLYMPIA – The Washington Department of Fish and Wildlife (WDFW) is seeking nominations through July 17 for advisers to serve on the Bering Sea Fisheries Advisory Board (BSFAB).

The BSFAB consists of five qualified members from Washington state along with five representatives from Alaska, who are appointed by the U.S. Secretary of State.

Qualified nominees must be Washington residents, with knowledge of Bering Sea groundfish, fisheries, and other marine resources. Members’ terms are undefined, serving at the discretion of the Secretary of State and the governor of Washington. Members are expected to attend two or three meetings per year. There is no compensation for service; some travel expenses may be reimbursed.

The BSFAB was created by Congress in 1988. It advises state and federal representatives to the United States-Russia Intergovernmental Consultative Committee on Fisheries (ICC), as well as the Convention for the Conservation and Management of Pollock Resources in the Central Bering Sea (also known as the Donut Hole convention), both of which are international forums for developing management plans and exchanging information regarding the marine resources in the waters of the Bering Sea.

Bill Tweit, a special assistant with WDFW, said the department and the governor seek a diverse range of expertise among the five members of the Washington section of the advisory panel, including from such sectors as the groundfish and crab harvesting and processing industries, the environmental community, and marine affairs specialists.

“The fisheries of the Bering Sea are economically important to our state and we have a strong interest in preserving and sustaining a healthy Bering Sea ecosystem,” Tweit said. “We’re looking for advisers who understand the importance of international cooperation in preserving the health of the fisheries and the ecosystem.”

Along with the 10 members from Washington and Alaska, the panel includes representatives from WDFW and the Alaska Department of Fish and Game. State members are nominated by the governor of each state and confirmed by the U.S. Secretary of State. WDFW assists the governor in recruitment and selection of nominees.

Nominations to the advisory group must be received by WDFW no later than July 17, 2020.

Candidates should submit a resume, along with a statement of their fishery management philosophy and their potential contributions as an adviser, to:

Submissions will also be accepted by email to [email protected].

The Washington Department of Fish and Wildlife is the state agency tasked with preserving, protecting, and perpetuating fish, wildlife, and ecosystems, while providing sustainable fishing, hunting, and other recreation opportunities.

Persons with disabilities who need to receive this information in an alternative format or who need reasonable accommodations to participate in WDFW-sponsored public meetings or other activities may contact Dolores Noyes by phone (360-902-2349), TTY (360-902-2207), or email ([email protected]). For more information, see https://wdfw.wa.gov/accessibility/requests-accommodation. 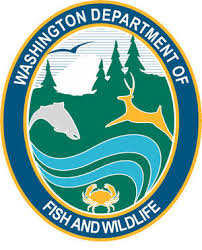