By Andrew Freedman and Jason Samenow.

The Atlantic Hurricane Season of 2020 just won’t let up, as the earliest L and M storms simultaneously spin towards the Gulf Coast on Monday. Some areas could be affected by both storms, resulting in “a prolonged period of hazardous weather,” according to the National Hurricane Center.

First up is Tropical Storm Marco, which is nearing the coast of Louisiana, where tropical storm and storm-surge warnings are in effect. The storm has been weakening due to disruptive shear — a change in wind speed and direction with altitude.

Meanwhile, about 1,000 miles to the southeast over Cuba, Tropical Storm Laura is completing its damaging journey from Puerto Rico, across Hispaniola and along the shores of Cuba.

Computer models suggest Laura could tap the exceptionally warm waters of the Gulf of Mexico and intensify into a large and dangerous hurricane as it moves toward the Gulf Coast. The storm is forecast to make landfall late Wednesday or early Thursday in the zone between roughly New Orleans and Houston. 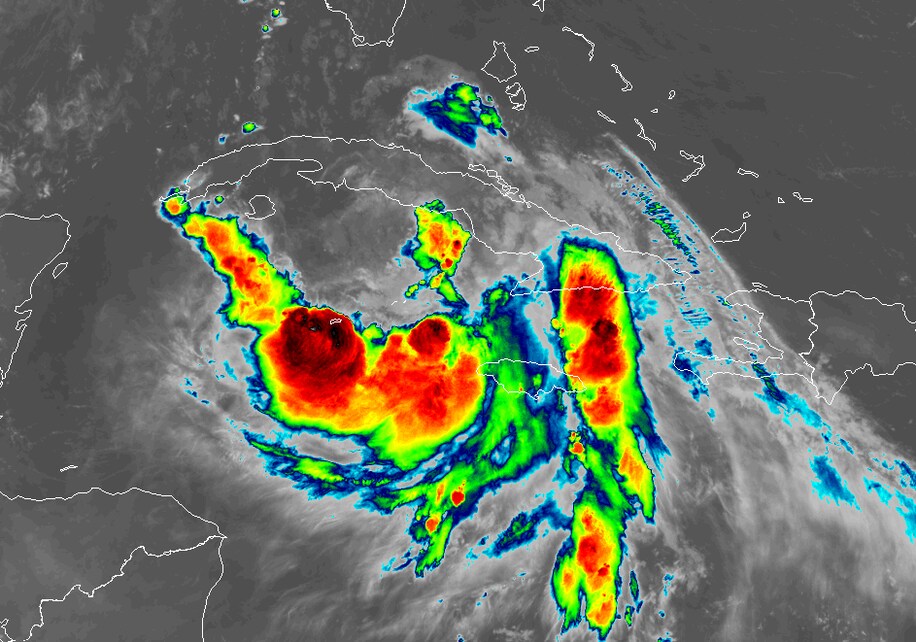