The California yellowtail ranks as one of the most sought-after and prized game fish on the West Coast. This Pacific member of the amberjack family can reach weights in excess of 35 pounds or more, displays amazing power, possesses an affinity for snag-infested structure and makes for excellent table fare. Yet many anglers, including some who reside on the West Coast, mistakenly think of yellowtail exclusively in terms of a summer fishery.

A significant number of yellowtails remains off the coast of Southern California and northern Baja California through winter and early spring. The tricks used to catch them involve knowing areas where the roaming schools will likely visit and using special techniques to tempt these winter brutes to bite. One of the most reliable methods involves rigging squid and fishing them throughout the water column.

The late fall and winter arrival of dense schools of opalescent squid, which spawn off the Southern California coast and around offshore islands such as Santa Catalina and San Clemente, sounds the dinner bell for yellowtail. Once pods of yellows converge on squid, they become laser-focused on these cephalopods, and generally ignore other baits and most lures. 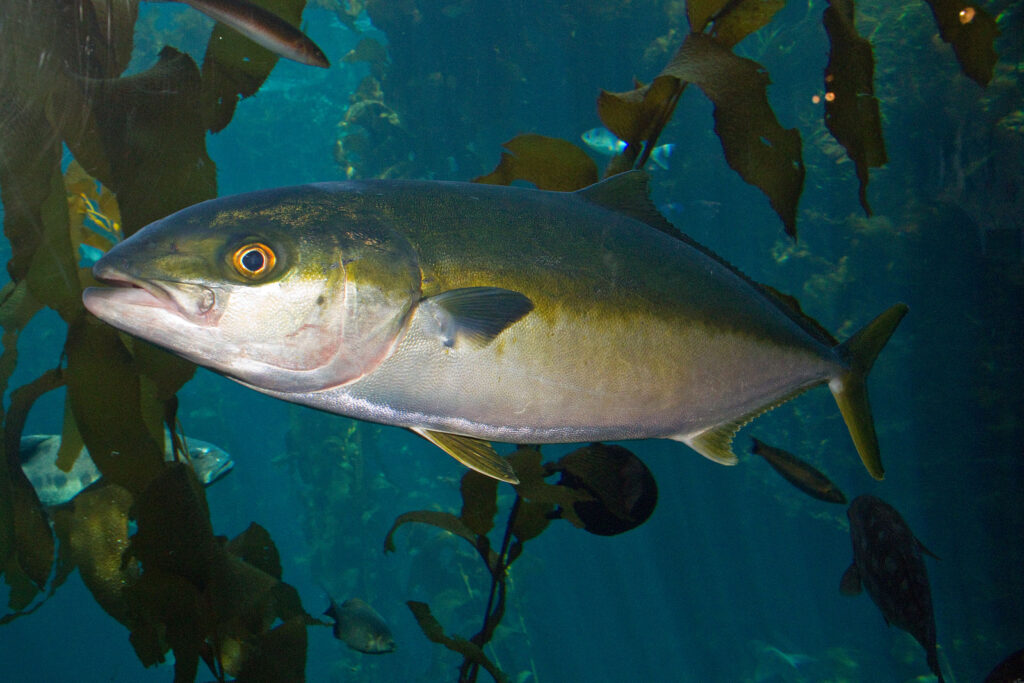 Posted January 18, 2021 by US Harbors & filed under Coastal News, Fishing.