After more than a decade of planning, the removal of the Upper and Lower Sawyer Mill Dams in Dover, New Hampshire, is complete. This NOAA-supported project has reopened river habitat for migratory fish and protected the residents of nearby apartments from flood risks associated with the two dams.

The Upper and Lower Sawyer Mill Dams were constructed on the Bellamy River in the 1800s. They generated power for Sawyer Woolen Mills, a textile mill complex along the banks of the Bellamy River. By the 1980s, the building complex had been converted to apartments, and the dams had outlived their original purpose.

With the surrounding buildings now home to hundreds of residents, the dams that once provided useful power generation had turned into a public safety hazard. The dams were found to not meet modern safety standards, meaning that a major storm could lead them to fail and flood the apartment complex. Extreme weather events and flooding are expected to become more frequent due to climate change. The risks posed by the dams were becoming more critical to address.

In addition to risking public safety, the dams were blocking river herring and other fish from migrating up the Bellamy River. Historically, the river had been home to species like alewife, blueback herring, American eel, and American shad. But for hundreds of years, multiple dams along the Bellamy River prevented fish from reaching their habitat. In 2004, the removal of a downstream head-of-tide dam opened a small portion of the river to migratory fish. They were blocked from migrating further, however, by the Lower Sawyer Mill Dam.

After investigating several options for solving the safety issues caused by the dams, the owner decided to remove them completely. The Lower Sawyer Mill Dam was removed in January 2019, and the Upper Dam was removed in March 2020. Their removal has improved local climate resilience by reducing the flood risks associated with potential dam failure. It will also allow river herring and other migratory fish to access spawning and rearing habitat on the Bellamy River. In addition, more than 3,000 cubic yards of contaminated sediment that had built up behind the dams was removed.

Future monitoring will show how migrating fish respond to the restored waterway, but partners are already seeing promising results. In May 2020, scientists from the New Hampshire Fish and Game Department observed river herring that had migrated upstream past the two former dam sites for the first time in more than 100 years.

NOAA provided support for the project through a Coastal Resilience Grant to the New Hampshire Department of Environmental Services and Sawyer Mill Associates. Many other partners supported this collaborative effort, including: 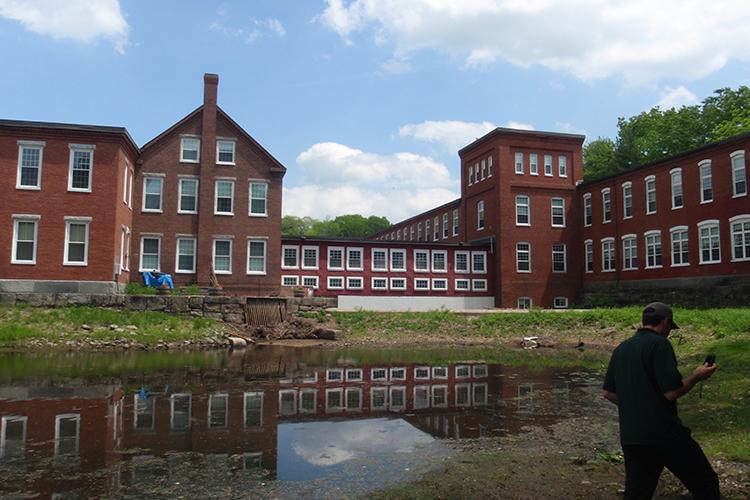