A Tenants Harbor lobsterman recently made an unusual discovery when a yellow lobster was caught in their net.

Marly Babb decided to keep the crustacean and donate her to the University of New England’s Marine Science Center, who then named her Banana for her yellowish hue, the university said.

The catch is extremely rare. Only one in about 30 million wild lobsters have yellow shells, according to the New England Aquarium.

But it is not the first oddly colored lobster to be caught in the Gulf of Maine. In 2018, a Stonington fisherman caught a rare, nearly see-through “ghost lobster,” but threw the crustacean back into the ocean because it was too small to keep. That same year, a calico lobster named “Friendly Kreuger” was caught off the coast of Scarborough.

Most recently, in Oct. 2020, a fisherman at a seafood co-op in Vinalhaven caught a blue lobster.

The National Science awarded a $860,000 grant to UNE who, along with the Maine Department of Marine Resources, Bigelow Laboratory for Ocean Sciences and Hood College in Maryland, are studying the impact that a warming Gulf of Maine is having on lobster larvae, the university said. 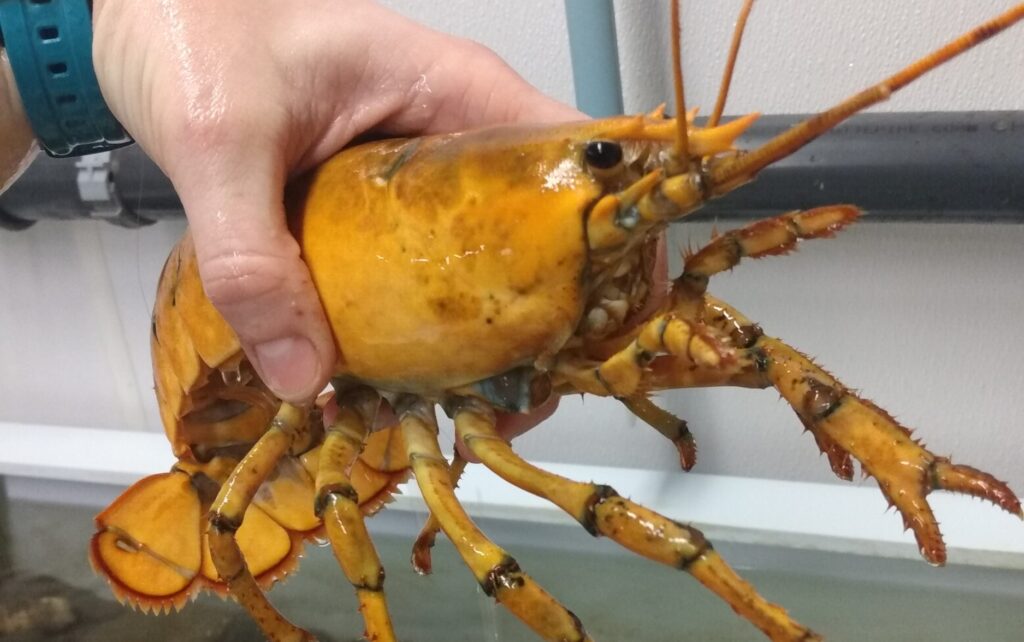