NOAA Fisheries announces the extension of two Slow Zones set to expire south of Nantucket and establishes another Slow Zone southeast of Chatham, MA. On April 9, 2021 several aggregations of right whales were detected south of Nantucket, MA by the NOAA North Atlantic Right Whale Sighting Survey and southeast of Chatham, MA by the Center for Coastal Studies survey team. These three right whale Slow Zones are in effect immediately through April 24, 2021.

Mariners are requested to route around these areas or transit through them at 10 knots or less. 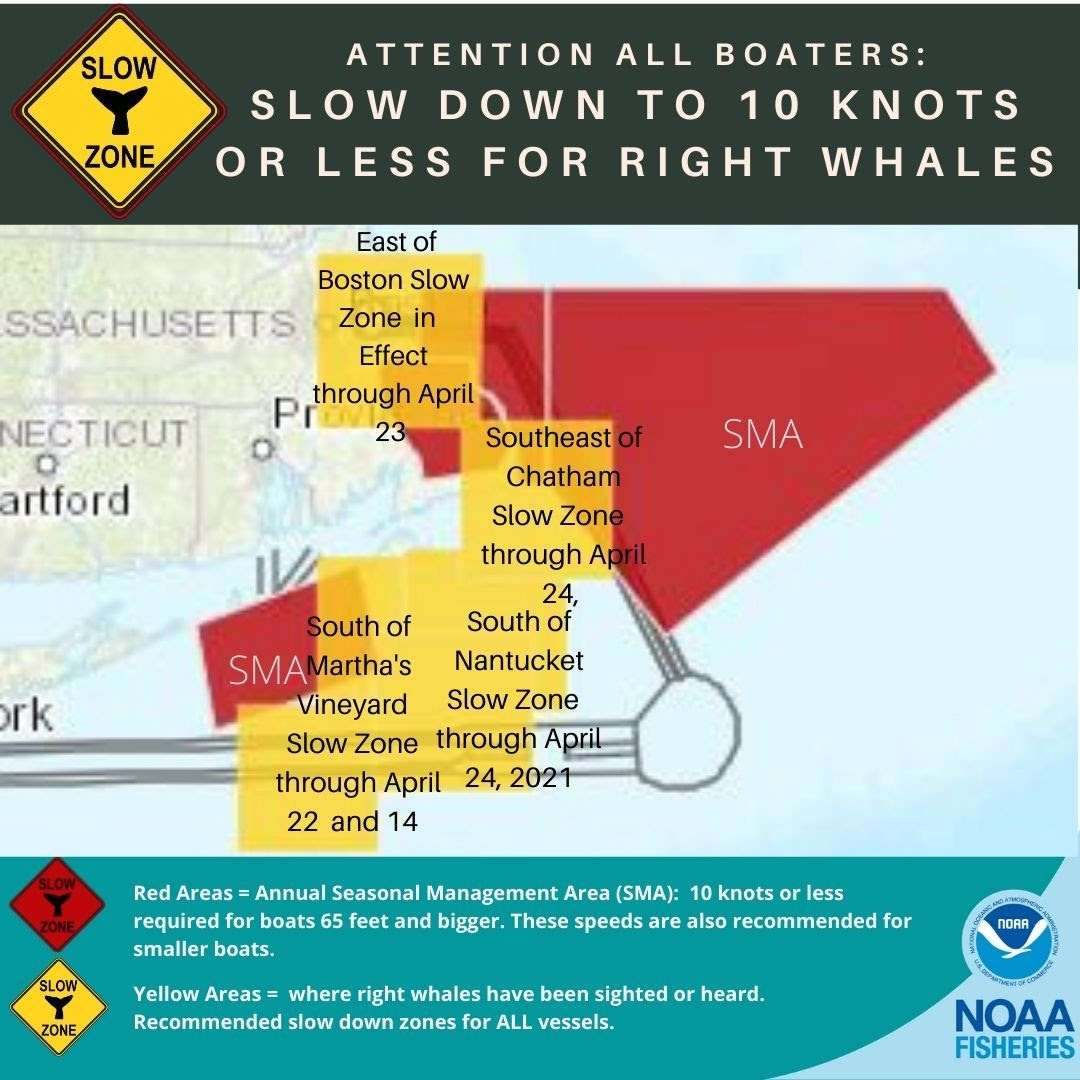