Habitats like tidal marshes, coral reefs, and seagrass beds serve as natural infrastructure that can help protect our coastal communities from flooding, erosion, and storms. NOAA Fisheries works to restore habitat for coastal and marine species, and many of our restoration projects provide natural infrastructure benefits as well. Two NOAA Fisheries-supported habitat restoration projects that have helped reduce flooding are highlighted in a new resource from Engineering With Nature.

Almost half of the nation’s population lives near the coast. Many of these areas are at risk from flooding and rising sea levels. Natural infrastructure projects and other habitat restoration efforts offer communities a safe, effective, and affordable approach to coastal protection.

Engineering With Nature is an initiative of the U.S. Army Corps of Engineers. It focuses on developing and implementing nature-based solutions for infrastructure, engineering, and water projects. “Engineering With Nature: An Atlas, Volume 2” is a new resource showcasing 62 projects from around the world. They illustrate how nature-based solutions can help reduce flooding while providing additional economic, environmental, and social benefits.

Two projects supported by NOAA Fisheries are highlighted in the atlas:

Both of these efforts have provided flood protection benefits, in addition to benefiting fish and their habitats.

The Southern Flow Corridor project was a landscape-scale effort in Tillamook Bay, Oregon, to revitalize tidal wetlands for threatened salmon. It also reduced flooding in the surrounding communities and farmlands.

Over the past 150 years, close to 90 percent of Tillamook Estuary’s historical tidal wetlands have been lost to development and agriculture. Levees and dikes constricted the natural river channels and disconnected them from their historic floodplains. This habitat loss contributed directly to the decline of the area’s salmon species, including chum, Chinook, and threatened Oregon Coast coho salmon.

The area now functions as a “flow corridor,” allowing flood waters to move freely and quickly away from the town of Tillamook. Nearby properties and more than 500 structures are protected from flooding. An analysis of the project estimates that $9.2 million in economic benefits will accrue from avoided flood damages over the next 50 years.

The removal of three dams on the Mill River in southeastern Massachusetts has reconnected more than 30 miles of rivers and streams that drain to Narragansett Bay. The projects have benefited multiple migratory fish species while also decreasing community flooding.

In the fall of 2005, historic heavy rains in New England threatened the stability of the Whittenton Pond Dam on the Mill River in Taunton, Massachusetts. Officials evacuated nearly 2,000 city residents from the area immediately downstream of the structure due to the imminent risk of dam failure. Although the dam ultimately held, the near-catastrophe spurred action to remove the Whittenton Pond Dam and two other aging dams on the Mill River.

In addition to posing a flood risk, the dams were preventing fish like river herring and American eel from migrating up the Mill River, a tributary of the Taunton River. The Mill River provides important spawning and rearing habitat that migratory species had been unable to access for nearly 200 years.

In 2012, NOAA Fisheries, the Massachusetts Division of Ecological Restoration, and other partners removed the Hopewell Mill Dam, the lowermost dam on the Mill River. They then removed the upstream Whittenton Pond Dam in 2013 and the West Britannia Dam in 2018. Project partners also constructed a fish ladder at Morey’s Bridge Dam, which allows migratory fish to access a series of lakes and swamps upstream that they use as spawning grounds.

In all, the project reconnected the 4-mile-long lower Mill River and opened more than 30 miles of rivers and streams to migratory fish. With the three aging structures removed, nearby communities have a decreased risk of flooding and are more resilient to potential impacts of extreme weather and climate change. 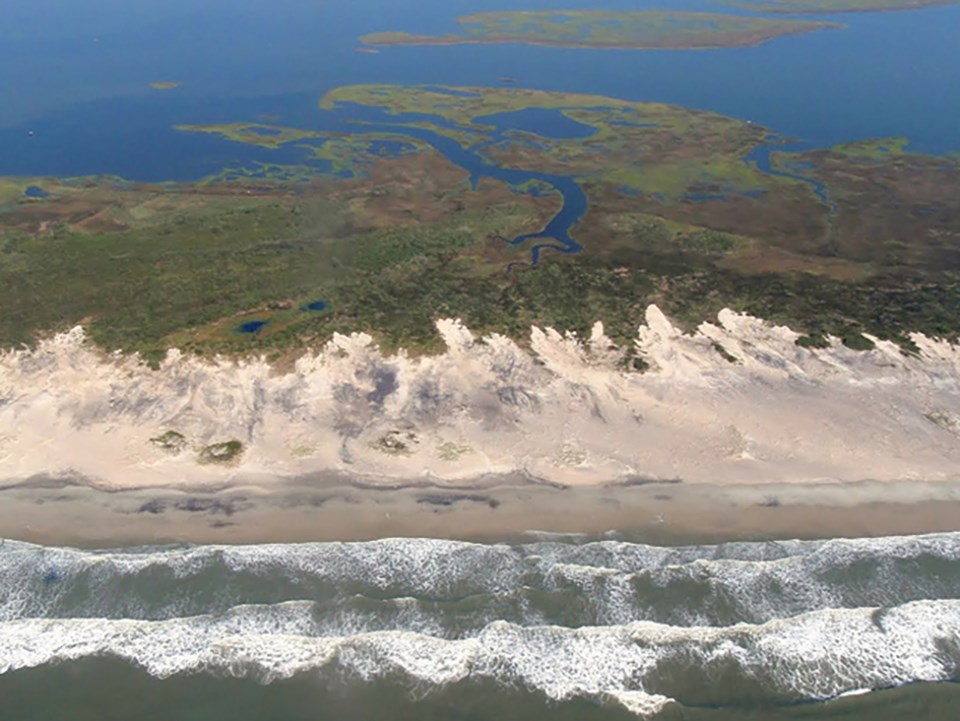