Warmer seas due to climate change have destroyed half the coral in Australia’s Great Barrier Reef since 1995. The problem is broader: scientists estimate that we’ve lost half of all coral reefs worldwide since 1980 and we could lose the rest by 2050.

Hot sea water “bleaches” or kills the organisms that feed the coral, which then turns white. According to the U.S. Environmental Protection Agency, the cause of rising levels of greenhouse gases in the atmosphere is from burning fossil fuels.

Warming water isn’t the only problem. Oceans absorb about 30% of carbon dioxide from fossil fuel burning. Over time, sea water becomes acidic, destroying coral that is made largely of calcium carbonate.

Why we depend on coral reefs

Why should we be concerned about the loss of coral reefs? After all, they only cover less than 1% of the ocean floor. The answer is that reefs:

Each of us can make a difference

June 1 (every year) is World Reef Awareness Day. Scientists remind us that there is much we can do to bring back healthy coral reefs. Beyond reducing the use of fossil fuels, we can:

Want to take a closer look at the world’s largest reef? At OceanGrafix, we have an NGA chart of the Great Barrier Reef on the eastern shore of Queensland, just south of Papua New Guinea.

Here are a few more resources:

Anyone who has seen the colorful coral of reefs and the sea creatures who call the reef home understands the fragility of the world’s coral reefs. Help celebrate World Reef Day every day. 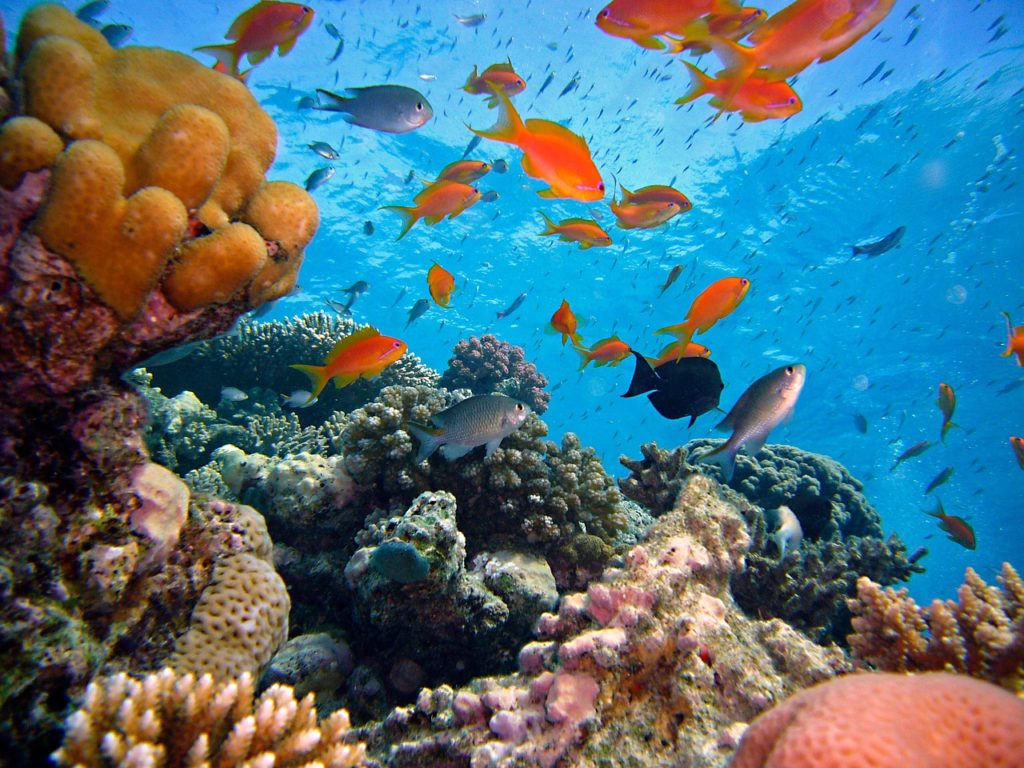