PORTLAND, Ore. (AP) — Smoke and heat from a massive wildfire in southeastern Oregon are creating giant “fire clouds” over the blaze — dangerous columns of smoke and ash that can reach up to 6 miles (10 kilometers) in the sky and are visible from more than 100 miles (160 kilometers) away.

Authorities have put these clouds at the top of the list of the extreme fire behavior they are seeing on the Bootleg Fire, the largest wildfire burning in the U.S. The inferno grew Friday to about 75 square miles (194 square kilometers) larger than the size of New York City and was raging through a part of the U.S. West that is enduring a historic drought.

The fire was so dangerous late Thursday and into Friday that authorities pulled out crews. Meteorologists this week also spotted a bigger, more extreme form of fire clouds — ones that can create their own weather, including “fire tornadoes.”

Extreme fire behavior, including the formation of more fire clouds, was expected to persist Friday and worsen into the weekend.

WHAT ARE ‘FIRE CLOUDS?’

Pyrocumulus clouds — literally translated as “fire clouds” — look like giant, dirty-colored thunderheads that sit atop a massive column of smoke coming up from a wildfire. Often the top of the smoke column flattens out to take the shape of an anvil. 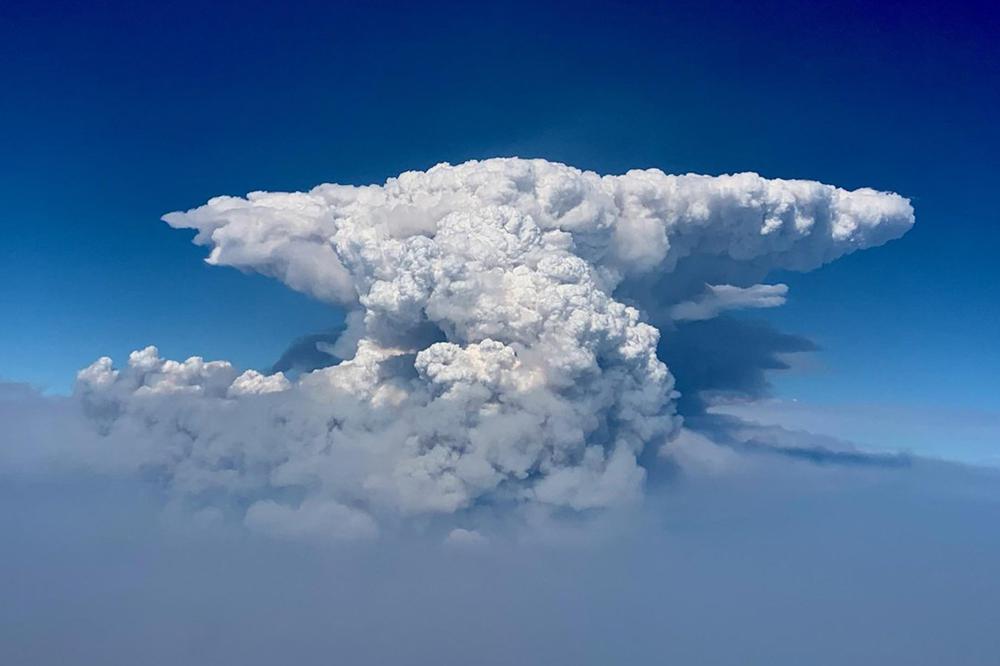