Scientists Launch Effort to Collect Water Data in US West

FLAGSTAFF, Ariz. (AP) — The U.S. Department of Energy on Tuesday announced a new kind of climate observatory near the headwaters of the Colorado River that will help scientists better predict rain and snowfall in the U.S. West and determine how much of it will flow through the region.

The multimillion-dollar effort led by Lawrence Berkeley National Laboratory launches next week. The team has set up radar systems, balloons, cameras and other equipment in an area of Colorado where much of the water in the river originates as snow. More than 40 million people depend on the Colorado River.

Alejandro Flores, an associate professor of hydrology at Boise State University, said the weather in mountainous areas is notoriously difficult to model and the observatory will be a “game changer.”

“We have to think about the land and the atmosphere as a linked system that interact with each other,” he said in a call with reporters. “Up until now, there have been a lack of observations that help us understand this critical interface.”

The West is in the midst of a more than 20-year megadrought that studies link to human-caused climate change. 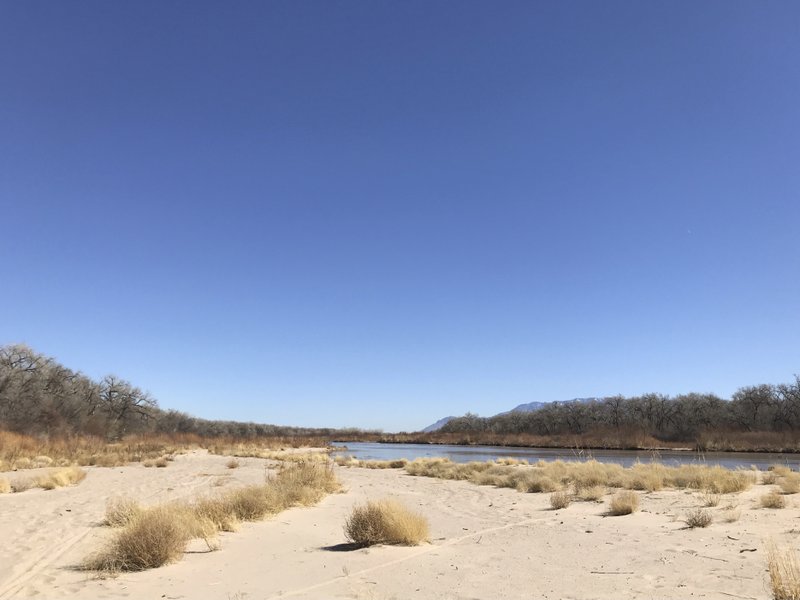 This March 28, 2021 image shows tumbleweeds covering a sandbar along the Rio Grande in Albuquerque, N.M. Like elsewhere in the southwestern U.S., water managers in New Mexico are warning farmers that demand is expected to outpace supply this year due to limited winter snowpack and spring runoff. (AP Photo/Susan Montoya Bryan)