ST. PETERSBURG, Fla. (AP) — As winter approaches Florida, a pilot feeding plan could save many manatees from starvation — but they will still face the long-term threat of manmade water pollution stifling their food supply, wildlife officials said Wednesday.

The slow-moving marine mammals will soon begin to congregate at warm-water sites such as power plants as the ocean temperatures cool, and there may not be enough seagrass to sustain them, officials told the state Fish and Wildlife Conservation Commission.

Florida Power & Light, the state’s largest electric utility, is putting up $700,000 for a “temporary field response station” to feed the manatees at its plant in Cape Canaveral on the East Coast. The money is also for rescue and rehabilitation of distressed manatees, the company said in a news release.

The program has not been tried before.

“The eyes of the world are on this,” said wildlife commission chair Rodney Barreto. “We’ve got to get it right.”

Officials stress that people should not randomly feed the marine mammals. They say it is illegal to do so and leads to an unhealthy association between the animals and food sources.

The pilot feeding program is intended as a temporary stopgap to prevent more manatee deaths while the state spends millions of dollars restoring the seagrass beds in areas such as the Indian River Lagoon, which is a critical winter habitat. 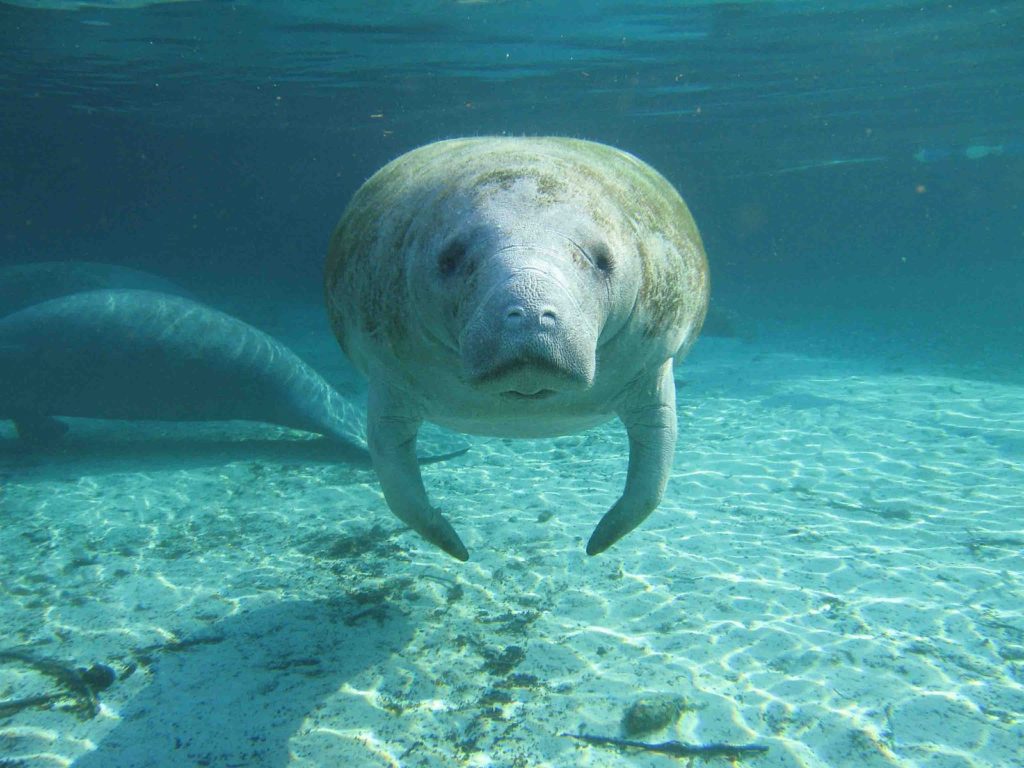