Rain, Snow Fall as California Braces for Brunt of Storm

The Western U.S. is bracing for the brunt of a major winter storm expected to hit Monday, bringing travel headaches, the threat of localized flooding and some relief in an abnormally warm fall.

Light rain and snow fell in Northern California on Sunday, giving residents a taste of what’s to come. The multiday storm could drop more than 8 feet (2.4 meters) of snow on the highest peaks and drench other parts of California as it pushes south and east before moving out midweek.

“This is a pretty widespread event,” said National Weather Service meteorologist Anna Wanless in Sacramento. “Most of California, if not all, will see some sort of rain and snow.”

The precipitation will bring at least temporary relief to the broader region that’s been gripped by drought caused by climate change. The latest U.S. drought monitor shows parts of Montana, Oregon, California, Nevada and Utah in exceptional drought, which is the worst category.

Most reservoirs that deliver water to states, cities, tribes, farmers and utilities rely on melted snow in the springtime.

The storm this week is typical for this time of the year but notable because it’s the first big snow that is expected to significantly affect travel with ice and snow on the roads, strong wind and limited visibility, Wanless said. Drivers on some mountainous passes on Sunday had to wrap their tires in chains. 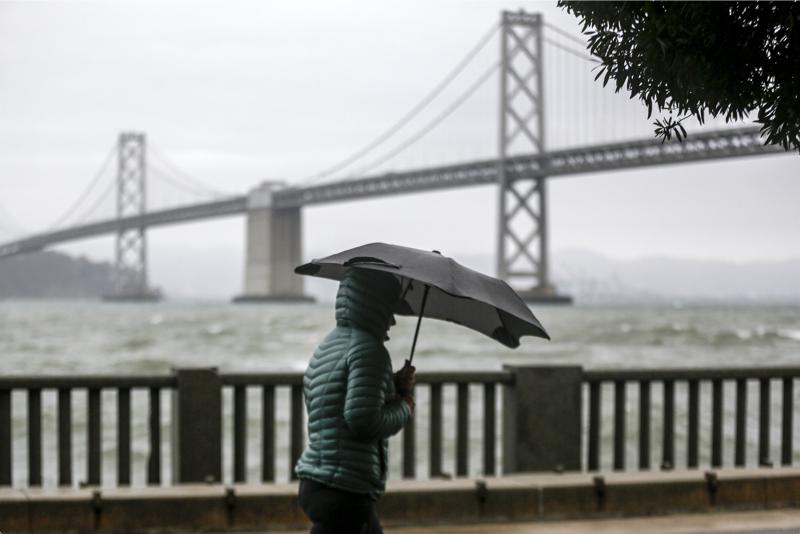