JUNEAU, Alaska (AP) — A federal agency is proposing a large steel bridge along a section of the only road that runs through a premier national park in Alaska — a stretch that officials say has been rapidly slumping amid changes in the climate.

About half the mostly gravel road that runs through Denali National Park and Preserve — home to North America’s tallest peak — was closed to buses and other recreational traffic in late August, and such traffic will remain restricted to mile 43 again this year. Without a bridge, that section would remain closed indefinitely, the National Park Service said.

The park service released an environmental review Thursday that outlines two phases of proposed work. The first would include construction of a 400-foot (121.9 meter) bridge spanning the Pretty Rocks landslide area, retaining walls and a “slight road alignment” on the west side of the bridge.

The first phase is expected to last about two years, and road access through the Polychrome Pass area is not anticipated during that time, according to the report.

The overall plan also proposes other measures within a 2-mile (3.2-kilometer) stretch of road “to ensure that access through the Polychrome area… 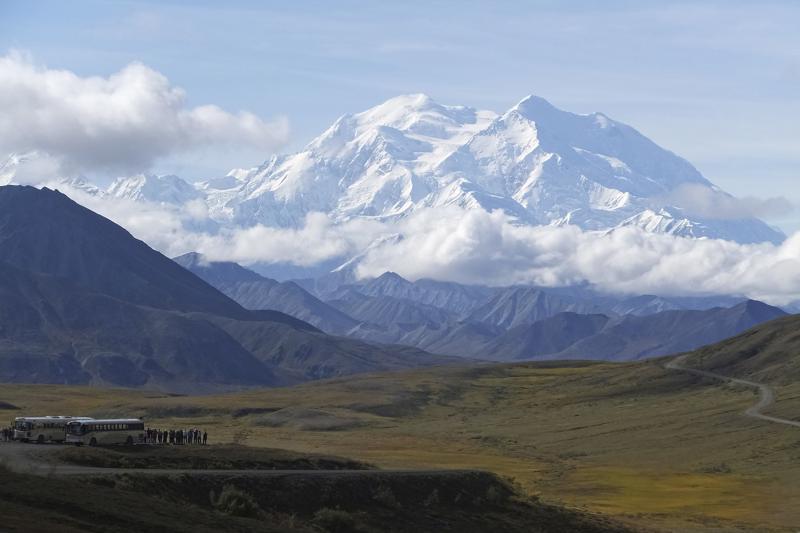