HONOLULU (AP) — A female humpback whale traveling with a male and a calf has been freed after it was found entangled in a line with a large bundle of marine debris attached.

The whale was freed Monday while swimming in the Hawaiian Islands Humpback Whale National Marine Sanctuary off Maui, the National Oceanic and Atmospheric Administration said in a statement Tuesday. The calf and male weren’t entangled.

There was more than 500 feet (152 meters) of line that was wrapped tightly around the humpback’s head.

The line was tangled with various kinds of marine debris that accumulates in the waters around Hawaii. 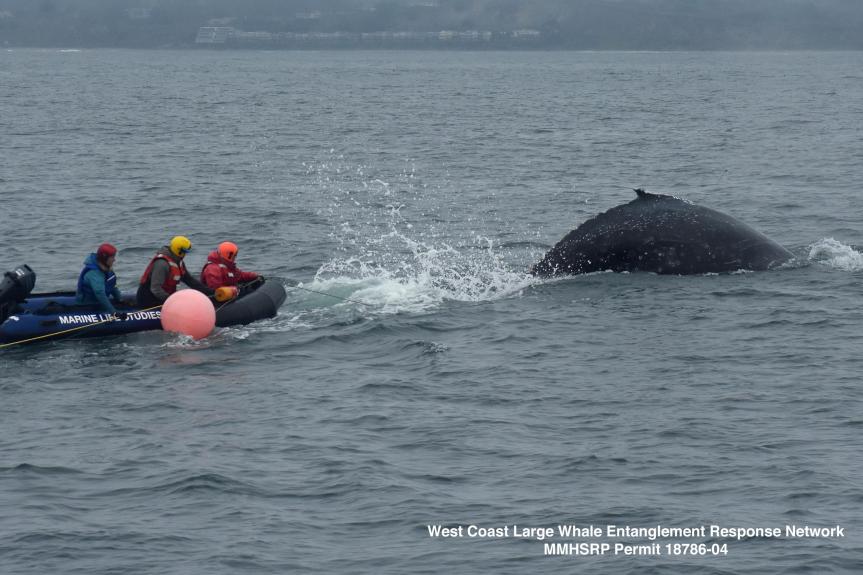