Changing Snowfall Makes it Harder to Fight Fire with Fire

By Brittany Peterson and Matthew Brown.

It’s winter in the Rocky Mountains, and fresh snow cover allowed the crew of 11 to safely confine the controlled burn.

Such operations are a central piece of the Biden administration’s $50 billion plan to reduce the density of western forests that have been exploding into firestorms as climate change bakes the region.

But the same warming trends that worsen wildfires will also challenge the administration’s attempts to guard against them.

Increasingly erratic weather means snow is not always there when needed to safely burn off tall debris piles like those on Colorado’s Pike-San Isabel National Forest. And that seriously complicates the job of exhausted firefighters, now forced into service year-round.

Their goal is to cut and burn enough vegetation that the next fires won’t be as catastrophic as ones that leveled vast forestland and neighborhoods in Colorado, California, Oregon, Montana and elsewhere. 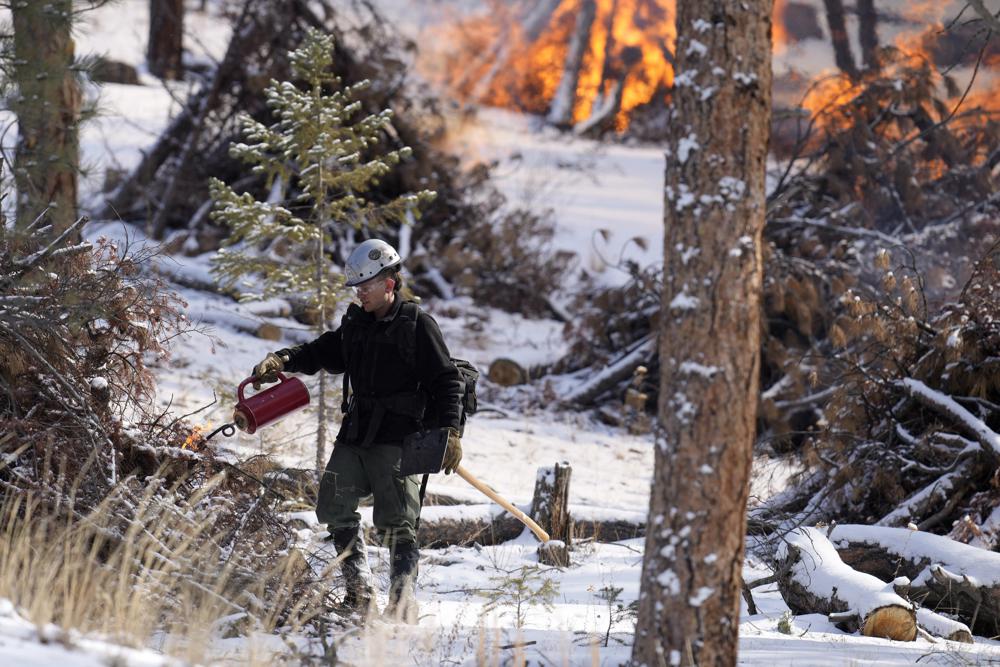