Some of the largest and most crucial container gateways of the world are in the United States. The following list of the busiest container ports in the US includes important box hubs, which contribute significantly to the country’s economy, while they also allow container movement across the oceans, supporting and facilitating global trade.

Port of Los Angeles, California – More than 9.2 million TEU in 2020. Known also as America’s Port, the Port of Los Angeles (POLA) is the busiest port of the United States for the 20th consecutive year, handling 9,213,395TEU in 2020. With 25 cargo terminals, the major Californian gateway handles 20% of all incoming cargo for the US.

Located in San Pedro Bay of the western US state of California, the port encompasses more than 30km² with an approximately 70,000 meters long waterfront.

POLA is the 19th busiest container port in the world and the 10th busiest worldwide when combined with the neighboring Port of Long Beach (POLB), which follows on the list. 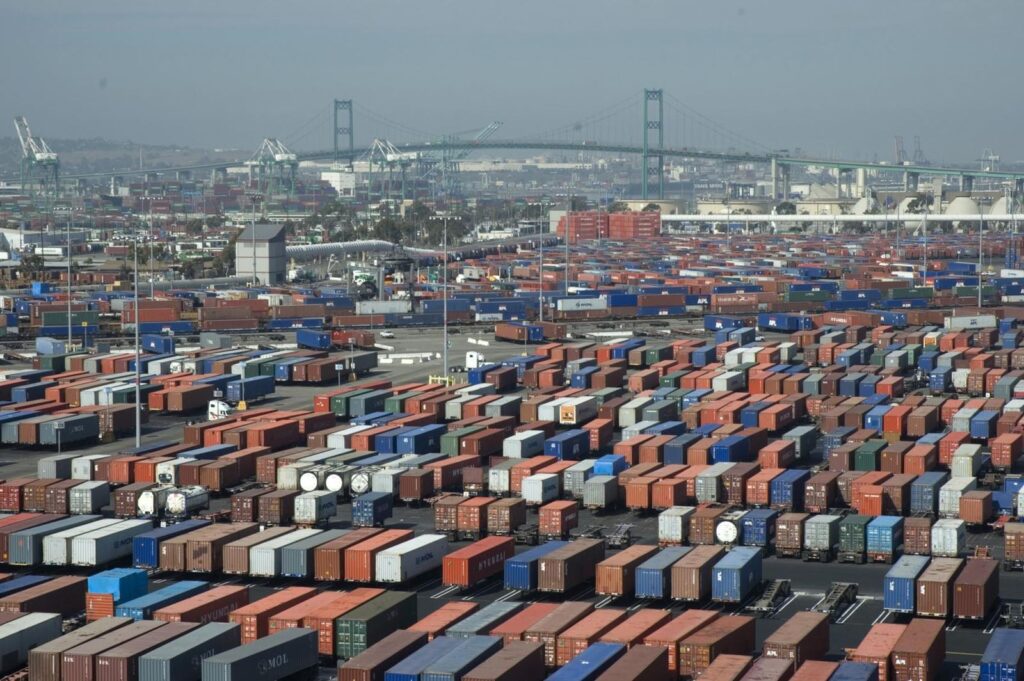