Carrying a cargo of locally sourced limestone, the so-called Mortar Wreck likely sank off the Dorset coast during the reign of Henry III.

Some 750 years ago, a ship loaded with intricately carved gravestones, Purbeck limestone and grinding mortars sank off the coast of Dorset, England, just over a mile from the nearest harbor. The vessel’s heavy cargo may have played a role in its demise, “particularly if the … stone was pitching around in a storm,” says Hefin Meara, a marine archaeologist at Historic England, to the Telegraph’s Craig Simpson.

Meara adds, “Whatever happened, it’s a lost investment, and it would likely have cost someone a lot of money.”

In summer 2020, local charter boat skipper Trevor Small discovered the wreck at Poole Bay, where the low-oxygen water, sand and stones helped preserve the 13th-century ship and its cargo. Per a statement from Historic England, the vessel—newly dubbed the “Mortar Wreck” and afforded the highest level of government protection—is “extremely rare,” as no other wrecks of 11th- through 14th-century ships have been found in English waters to date. The Mortar Wreck is England’s oldest known protected wreck site with a visible surviving hull.

“Millions of boats have probably sailed over that spot since this vessel sank,” Small tells the i newspaper’s Cahal Milmo. “I have probably been over it myself thousands of times, but it was only when I noticed a few strange readings on the scanner one day that I realized there might be something down there.”

When Small sent a colleague to explore the site a few months later, they quickly returned with a centuries-old copper cooking pot. Marine archaeologists from Bournemouth University formally investigated the wreck soon after, recovering raw Purbeck stone (a type of limestone made from the shells of freshwater snails), two engraved slabs, cauldrons, mortars used to grind grain into flour and assorted kitchenware.

Tree-ring analysis of the ship’s wooden hull showed that it was built out of Irish oak trees felled between 1242 and 1265, during the reign of Henry III. Irish oak was a popular material for medieval shipbuilders, meaning the timbers may have been exported from Ireland to England. The archaeologists posit that the vessel sank during its departure from the Dorset coast, bound for an unknown destination with its precious cargo of Purbeck stone.The gravestone slabs found in the wreckage feature two distinct designs previously thought to date to the early and mid-13th centuries, respectively: a wheel-headed cross and a splayed arm cross. Preserved in “remarkably good” condition, according to a Bournemouth statement, the markers’ patterns “show that actually these designs were contemporary and in use at the same time,” as Meara tells the Guardian’s Esther Addley.

The archaeologist adds, “This is evidence of industry—they’re quarrying the stones, carving them, dressing them. And it shows that these are really desirable products [being] exported far and wide, all around the coast of England, to Ireland, to the continent.”

Speaking with the Telegraph, Meara speculates that the engraved headstones were either made to order or chosen from a set list of options, almost like a medieval catalog. Local artisans would have carved the designs at a quarry or a workshop.

“[T]his gives us a really interesting indication that it’s not just the stone itself that was desirable,” Meara tells the Guardian. “It’s the skills of the local craftspeople.”

Though researchers have discovered artifacts from Viking and Bronze Age ships off the United Kingdom’s coast, the vessels themselves have long since decayed. With its well-preserved hull, the 13th-century Mortar Wreck represents a unique find: “one of the oldest shipwrecks in England,” as Small puts it in the Bournemouth statement. 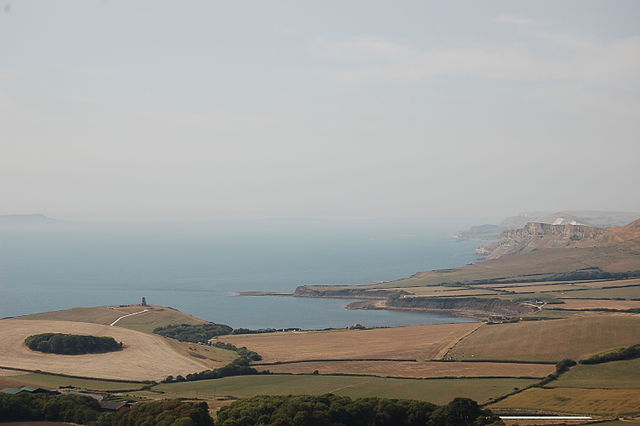