Trend expected to continue into 2023 and beyond

Coastal communities in three locations along the Atlantic and Pacific coasts saw record high tide flooding last year — a trend that is expected to continue into 2023 and beyond without improved flood defenses, according to NOAA.

The newly released information documents changes in high tide flooding patterns from May 2021 to April 2022 at 97 NOAA tide gauges along the U.S. coast. It also provides a flooding outlook for these locations through April 2023 and projections for the next several decades.

“High tide flooding is becoming more common and damaging in many parts of the U.S.,” said Rick Spinrad, Ph.D., NOAA Administrator. “As part of NOAA’s work to build a Climate-Ready Nation, we will continue to provide coastal communities with the information needed to anticipate, prepare for and respond to increasingly frequent high tide flooding.”

High tide flooding, often referred to as “nuisance” or “sunny day” flooding, is increasingly common due to decades of sea level rise and driven, in part, by climate change. It occurs when tides reach anywhere from 1.75 to 2 feet above the daily average high tide and start spilling onto streets or bubbling up from storm drains. As sea level rise continues, damaging floods that, decades ago, happened only during a storm, are expected to happen more regularly, such as during a full moon or with a change in prevailing winds or currents.

While no records were set along the Gulf Coast this past year, scientists say high tide flooding conditions along both the East and Gulf coasts are accelerating. Coastal flood warnings for significant potential risks to life and property are projected to become much more commonplace as we approach 2050. 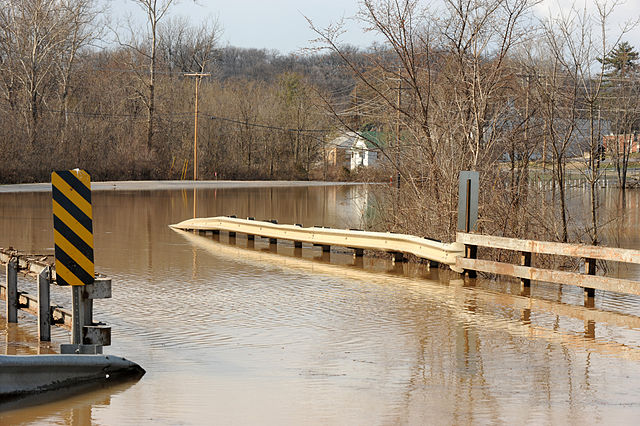